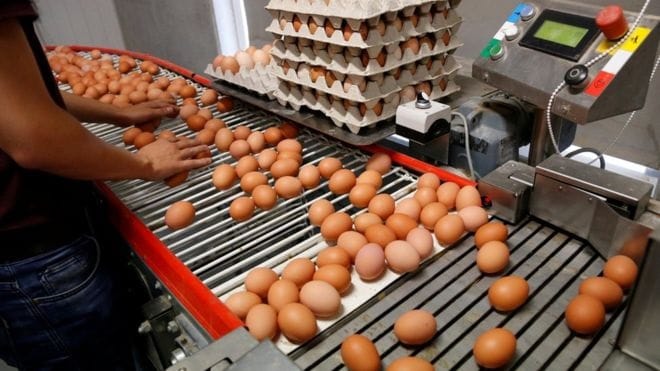 Egg scandal is expanding, 20 tonnes of insecticide-tainted eggs have been sold in Denmark. The reports of the state food safety authority confirmed these figures.

In June, there were the first reports about the egg problem in Europe – Aldi withdrew all its eggs from sale in Germany. Now, the Spanish and Danish retailers confirmed the egg problem officially. The real problem is June incident in Belgium was not make the information public because of a fraud investigation.

Denmark is the latest European country to discover eggs contaminated with fipronil in its food chain. The investigation resulted in the arrests during joint raids by Dutch and Belgian authorities. According to the investigators, Chickfriend company allegedly used fipronil at poultry farms, prosecutors in the Netherlands said. The insecticide in the contaminated eggs can damage kidneys, liver and thyroid glands if eaten in large quantities, warn the food agencies.

In fact, the toxicologists explained local media that it would only be harmful if you eat eggs every day throughout your life. However, both Danish and Belgian food administrations urged calm, saying the eggs bought by Danæg Products posed no risk to consumers.