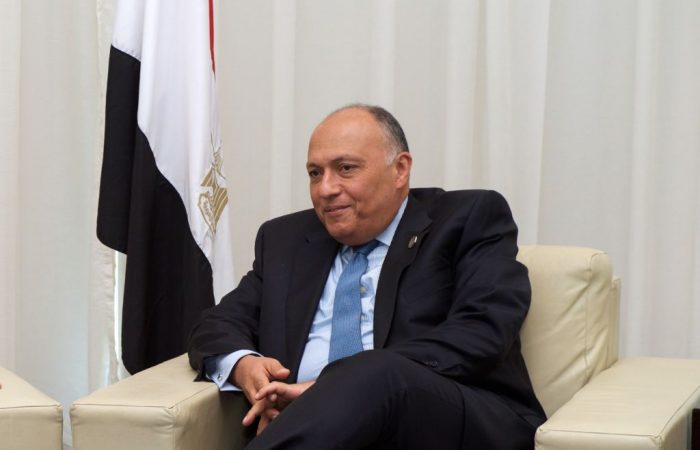 Egypt highly appreciates the Turkish efforts to repair the relations between the nations. During a phone interview with the “Cairo Talk” program, the foreign minister expressed hope that Ankara would move to a stage of political openness.

Egyptian top diplomat Sameh Shoukry stressed the positive move made by Ankara on the way to repair the relations between the two countries. The recent call the Egyptian FM received from his Turkish counterpart Mevlut Cavusoglu fell “within the context of Turkish statements and signals about Egypt’s importance.”

The signs of “rapprochement” between Cairo and Ankara should be removed, said Shoukry. As Asharq Al-Awsat has learned, Shoukry avoided answering a question about whether Cairo had asked Ankara to close satellite channels.

“What is important is to respect the international principle of non-interference…”,  Egypt’s FM said.

he also reiterated that Cairo “always prefers to talk about dialogue that is in the interest of both parties and to establish relations on the principles of international law and non-interference in the affairs of others.”