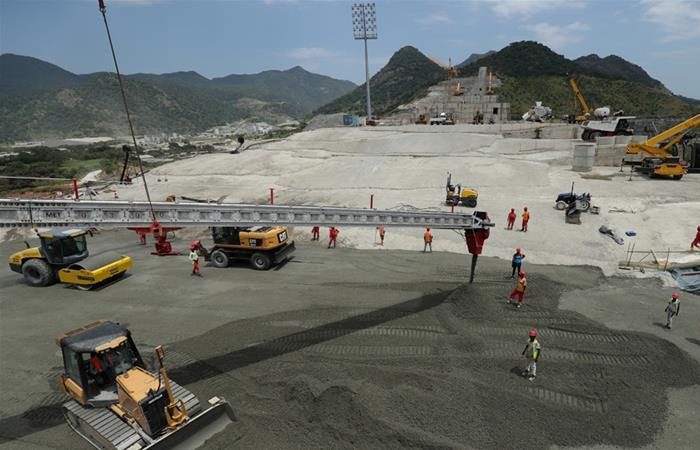 Egypt, Sudan and Ethiopia suggest that the talks on $4bn dam on the Nile have reached a deadlock, according to Al Jazeera. Cairo has said that talks with countries over the operation of a modern Grand Ethiopian Renaissance Dam (GERD) need international mediation.

The Grand Ethiopian Renaissance Dam (GERD), announced in 2011, is designed to be the centrepiece of the Horn of Africa country’s bid to become the continent’s biggest power exporter, generating more than 6,000 megawatts. Sharing water is still an issue when it is about the African continent.

«The negotiations on the Renaissance dam have reached a deadlock,» Egypt’s irrigation ministry said after a new round of talks ended in the Sudanese capital.

Egypt blamed Ethiopia for the impasse and called for international assistance to ease that economic and energy knot. Furthermore, Cairo claimed the Ethiopian delegation showed no interest in talks’ continuation at all.

According to the Egypt’s minister, Ethiopian side has «rejected all the proposals that take Egypt’s water interests into account». To justify its presence at the negotiation table, Ethiopia presented one that «lacked guarantees» on how to deal with droughts that may occur in the future.

However, Ethiopia insists that «Some progress has been made… there are some pending issues, but we believe that these pending issues can be solved before completing the construction of the dam.» Moreover, Ethiopia was unpleasantly surprised by ‘disruptive tactic to halt the hydrology, environmental and social impact assessment’ on the $4bn dam project.

Historically, Egypt depends on the Nile for about 90 percent of its needs for irrigation and drinking water. That is why the Nile hydropower dam is crucial for co untry’s health and prosperity. No wonder that Cairo has «historic rights» to the river guaranteed by treaties from 1929 and 1959.

Bassam Radi, an Egyptian presidency spokesman, offers to look forward to an «instrumental role» by the US in the talks. The international mediation is a common thing when the talks are reaching the deadlock. The breakthrough in negotiations is what all three sides need as soon as possible.

Analysts fear that the three Nile basin countries could be drawn into conflict if the dispute is not resolved before the dam begins operating.

Egypt’s proposal for international mediation was «an unwarranted denial of the progress in the trilateral technical dialogue» that «goes against the consent and wishes of Ethiopia and the Sudan,» Ethiopia said.