Egypt: Bombing ahead of vote kills two policemen in Alexandria 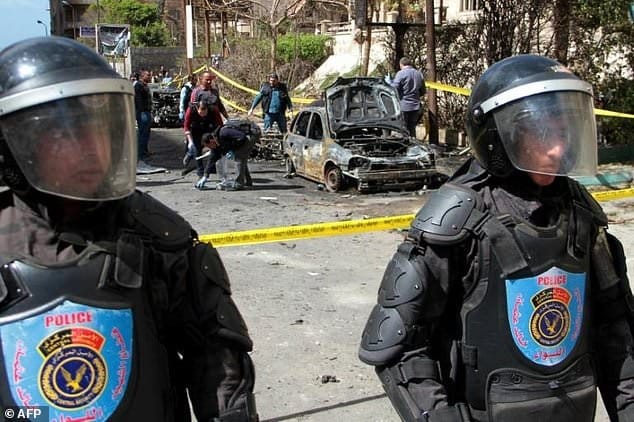 The upcoming presidential elections in Egypt were overshadowed by the terroristic act in Alexandria. On Saturday, bomb, which was left under a car and blew up as police Major General Mostafa al-Nemr drove past, the Interior Ministry said.

Nemr was not hurt whole five other people were wounded by the bomb blast, confirmed the police. Despite the incident, Nemr said later he would not be deterred from “doing his duty” in safeguarding next week’s vote.

Egypt’s government condemned the bombing and suggested it would not affect the election beginning on Monday in which President Abdel Fattah al-Sisi is set to win a second term.

“These desperate attempts by the forces of terrorism and the states that back it to affect the positive atmosphere the country is witnessing will only increase the Egyptian state’s resolve to complete its political process and economic progress,”

The NEA has approved two official candidates for the 2018 presidential election, Abdel Fatah al-Sisi and Moussa Mostafa Moussa are rivals.

The official two-day electoral silence period began on Saturday at 12 AM, two days before Egyptians cast their votes in the three-day voting period beginning Monday.

“I suddenly heard a very strong explosion and ran towards the street, but I retreated out of fear,”

said Mohamed Ismail, a doorman at a building near the explosion and added that Saturday’s incident in Alexandria will never happen again. Since 2011, Egypt government is doing its best to stabilise the country, which was rocked by years of unrest after protests toppled veteran leader Hosni Mubarak.