Egypt: President Sisi recruits sons to help him stay in office until 2030 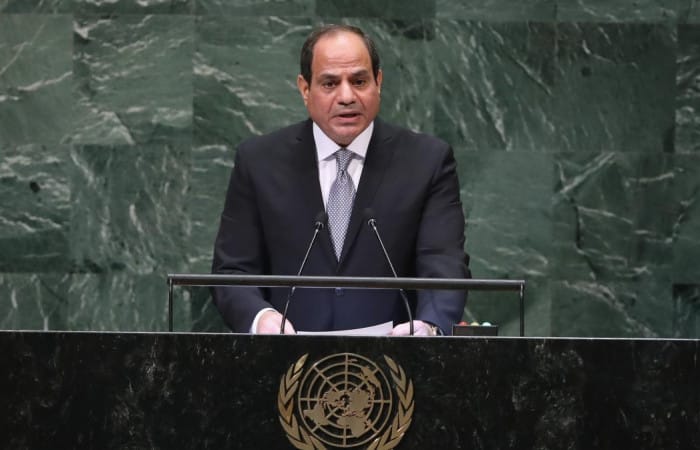 Egypt’s President Sisi decided to solidify his leading position by hiring his sons, that move could help the national leader to stay in office until 2030, The Guardian reported.

President Sisi’s sons have landed the new job, they are taking key roles in the presidential office while Egypt’s steadily pushes through constitutional changes to cement his grip on power until 2030. according to the local media, the parliament will vote through plans that will extend the presidential time limit from two four-year terms to six-year ones. For Mr Sisi, such change automatically means staying at the office for more than a decade if so.

During a preliminary hearing in February, 485 out of 596 MPs voted to advance the draft law. What little criticism was permitted in previous debate stages, during which one MP described the changes as “medieval” and said they would aid autocratic rule, has since been all but silenced.

If Egyptian MPs adopt the bill, it gives Sisi a legal reason to extend his current term by two years to 2024, and then stand for an extra six-year term. By that time, sons of President will be rather experienced politicians who will be able to grip power.

In Egypt, the civil society activists are opposing the potential change of Constitution, arguing that it would put a final nail into the coffin of the Arab Spring. In 2011, the Egyptian people were fighting for democracy, not a monarchy. moreover, Mr Sisi will be 76 in 2030 and will have ruled for 16 years.

Sisi is the former general who became president in 2014 after a coup the previous year, was re-elected in 2018 with 97.8% of the vote. His attempt to extend his rule comes as autocrats in neighbouring Sudan and Algeria have fallen to popular protests after decades in power.