Egypt reopens restored ‘ancient Avenue of the Sphinxes’ in Luxor 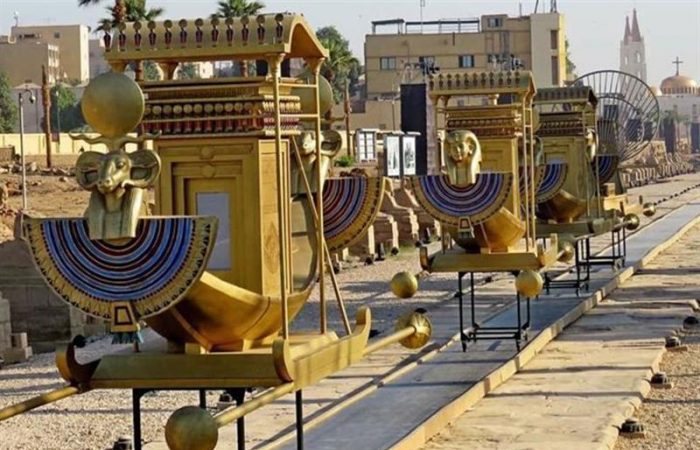 The Egyptian authorities decided to boost the country’s struggling tourism sector by reopening the ancient Avenue of the Sphinxes in Luxor, the world-known touristic spot.

The newly renovated 2.7km-long Avenue of the Sphinxes has been reopened with a spectacular ceremony on Thursday. The city of Luxor is proud of its Karnak and Luxor temples that linked by the promenade which dates back nearly 3,400 years.

Hailing the important cultural event, Egyptian President Abdel-Fattah el-Sissi attended the televised event along with the top officials. The reopened Luxor walkway known as the Road of the Rams has had a number of restoration efforts since it was discovered in 1949, DW reports.

After the renovative works, the Avenue of Sphinxes is flanked by hundreds of ram and human-headed sphinxes.

Commenting on the reopening even, Egypt’s Minister of Tourism and Antiquities Khaled al-Enani said that around one third of the statues have been unearthed and searches would continue for more.

For Egypt, a nation heavily relied on tourism, boosting that field is crucial. The North African country has taken a large knock since the 2011 uprising that saw the ousting of President Hosni Mubarak. The global COVID-19 crisis also hit tourism hard causing revenue to plummet to $4 billion in 2020 from $13 billion the year before.

During the ceremony of reopening the Avenue of Sphinxes, Egyptian officials said that event is part of a push to promote the southern city of Luxor as one of the world’s largest open-air museums.

In April, 22 royal mummies were taken in a procession from Luxor to the new National Museum of Egyptian Civilization. The elaborate procession was dubbed the “Pharaohs’ Golden Parade” and was also televised before a global audience.