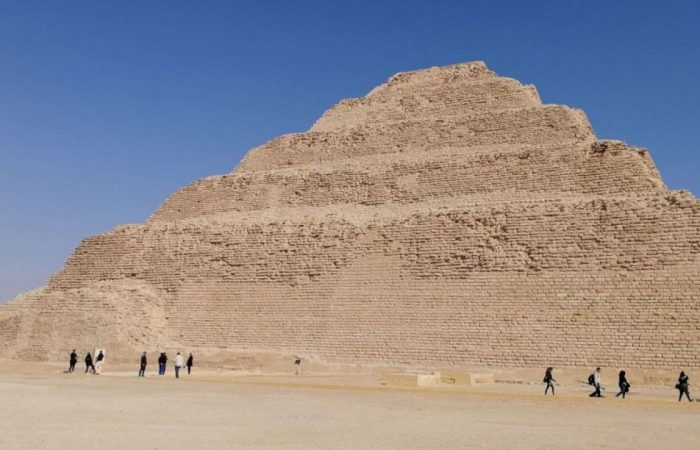 Egypt reopened its oldest pyramid to visitors Thursday after a 14-year restoration project, ABC News reports. In 1992, the ancient structure was heavily damaged in a 5.8 magnitude earthquake that hit Egypt.

Egypt as a nation that is proud of its rich cultural heritage does a lot for keeping it in the perfect condition. On Thursday, one of the oldest pyramids was reopened for visitors after thorough restoration.

The 4,700-year-old step pyramid, built in the 27th century B.C. for third dynasty pharaoh Djoser, is deemed the oldest stone structure of its size in the world. Following a 5.8 magnitude earthquake that hit Egypt in 1992, the sightseeing was closed for restoration to avoid a risk of collapse.

Located in the Saqqara necropolis in the ancient city of Memphis, some 30 km south of Cairo, the step pyramid is made up of six giant rectangular structures stacked on top of each other.

The architectural ensemble was designed by architect Imhotep, the vizier of Djoser. An Egyptian pyramid includes a 28-metre deep burial chamber for the pharaoh who some scholars believe ruled Egypt for almost two decades.

The 60-metre-high pyramid underwent extensive restoration, including filling gaps in the mastabas with blocks similar to the originals. The burial chamber, the ceiling of the central shaft and the pyramid’s narrow internal passages were also renovated.

«The restoration project started at the end of 2006 but slowed down after 2011. Real work was only resumed at the end of 2015, and here we are,» Mohamed Youssef, director of the archaeological Saqqara area, added, referring to repeated delays caused by the turmoil that gripped Egypt following its famous uprising nine years ago.

Mr Youssef told also that tourists will be allowed to enter the pyramid for the first time via its southern entrance.

Egypt’s government supports the touristic industry, which brings the currency to the national treasury. The North African country has made a number of discoveries and concluded several restoration projects in recent months as it seeks to shore up its vital tourism industry, which took a hit following the 2011 revolution that ousted then-ruler Hosni Mubarak.

Supporting the touristic sector, Egypt opened two other pyramids for visitors in July last year — the Bent Pyramid and its satellite pyramid in the nearby Dahshur royal necropolis were opened for visitor from all over the world.