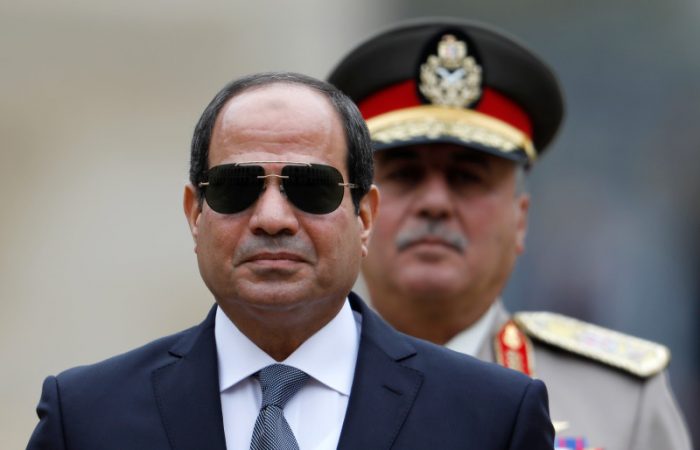 Egypt’s President Abdel Fattah El-Sisi has visited on Saturday an airbase near the western border with Libya. The national leader warned the troops they should be ready for mission abroad, taking into account the intra-Libyan armed conflict.

President El-Sisi’s visit to the airbase was channelled by the state-run TV on Saturday. The Egyptian leader was watching fighter jets and helicopters taking off.

In his speech to the troops, Egyptian leader and Commander-in-Chief has ordered his army to be ready to carry out any mission inside or outside the country to protect its national security amid tensions over Turkey’s intervention in Libya, the closest neighbour.

Since start of the armed conflict last April, Turkey supports the internationally recognized Government of National Accord (GNA) in Tripoli, which, with Turkish support, has reversed a 14-month assault on the capital by Khalifa Haftar’s eastern-based Libyan National Army (LNA).

El-Sisi on Saturday toured an airbase near Egypt’s 1,200 kilometre-long western border with Libya. “Be prepared to carry out any mission, here inside our borders — or if necessary, outside our borders,” el-Sisi told air force pilots and special forces personnel at the base. Commenting on the situation in Libya, the president said the Egyptian army was “one of the strongest in the region.”

“It is a rational army; an army that protects and does not threaten… this is our strategy, our beliefs and our principles that we will never change,” el-Sisi said.

Two weeks ago, Egypt called for a cease-fire in Libya as part of a peace initiative which also proposed an elected leadership council for the North African country. The United States, Russia and the UAE welcomed the plan, while Germany said UN-backed talks were key to the peace process.

Meanwhile, Turkey dismissed the proposal as an attempt to save Haftar following the losses he suffered on the battlefield.