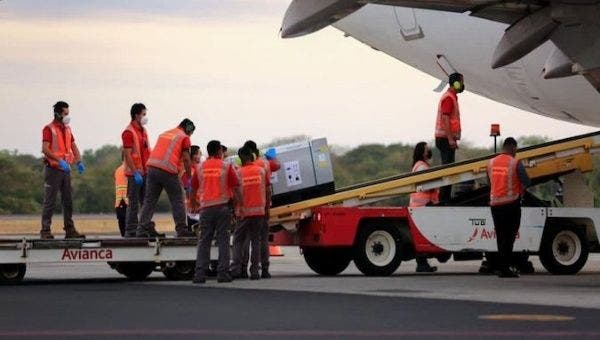 El Salvador’s health ministry now will be able to make more efforts to immunize elderly people and medical professionals. In fact, the first received doses will cover only 4.2 percent of the 4 population.

The batch arrived on a flight from the UK on Thursday, it will be enough to immunize 16,800 citizens, prioritizing frontline care workers.

President Nayib Bukele said that this is the first shipment of the 324,000 AstraZeneca doses and 51,480 Pfizer doses that planned to arrive in El Salvador through the COVAX scheme from March to May.

“Were are filled with hope and gratitude. Last year, we were imposing a curfew and closing our borders. Today, we are getting closer to get our population immunized,” President Nayib Bukele wrote on Twitter.

The opponents insist that Bukele’s office should make more efforts to get vaccines.

On February 17, the country kicked off its immunization campaign after purchasing 20,000 AstraZeneca drugs. This first batch was used to vaccinate health workers, military, and police officials.

As of mid-March, at least 93,400 doses will be needed to immunize all health workers in El Salvador.