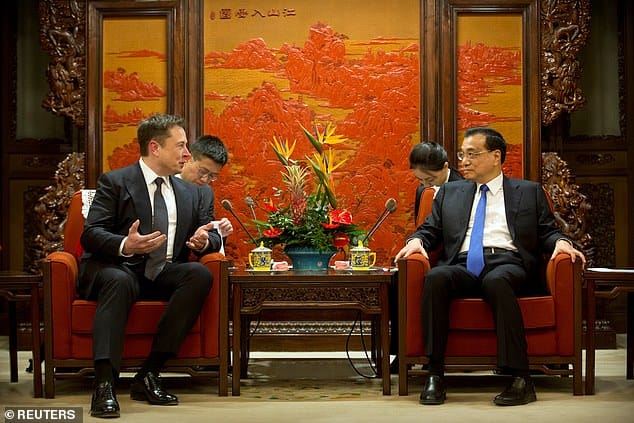 Elon Musk arrived Beijing for meeting with Chinese prime minister Li Keqiang at the Purple Light Pavilion at Zhongnanhai, the office complex of China’s top government officials. The billionaire is ready to launch the brand new factory will be the first foreign-owned car plant in China and will produce Tesla Model 3s.

China’s top economic minister Li Keqiang shook hands with Elon Musk who is going to launch another car plant in Cina. Mr Li and Mr Musk met on Thursday while the three-day trade talks between their countries ended on Wednesday afternoon.

According to Tesla financial plan, the brand new ‘Gigafactory’ will cost around $2 billion to build, which makes Elon Musk an ‘in-depth participant in China’s opening and a promoter of the stability of Chinese-American relations, Li reiterated.

China’s government spokesman confirmed three days of talks with the U.S. ambassadors aimed at ending a tariff war had ended while the foreign ministry spokesman promised an official statement with details would come later.

The Gigafactory is another giga-plan of Elon Musk who believes it will be a reflection of China’s broader shift to open up its car market. despite the tariff war between the US and China, new plant will produce Tesla Model 3s.

That Asian move will help Tesla minimise the impact of the trade war, also help the electric car brand fend off competition from a swathe of domestic EV startups like Nio Inc, Byton and XPeng Motors.