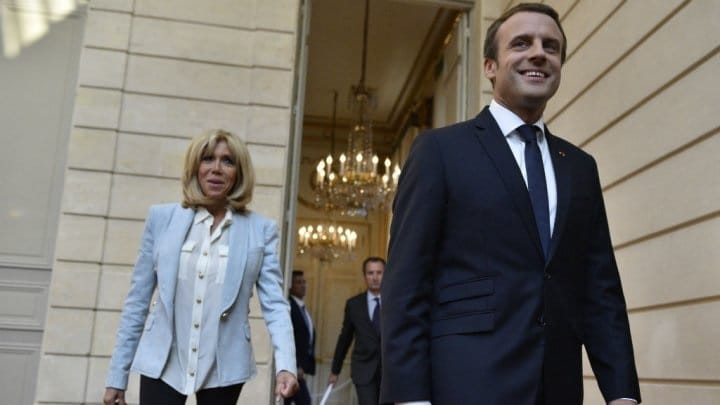 Emmanuel Macron’s wife Brigitte couldn’t be the first lady because this role does not currently exist in the French constitution. Last week, a petition has been launched, that online document gathered 209,000 signatures against Brigitte Trogneux as the first lady who has access to public funds.

French people sign the petition, that express their protest at the decision to make Emmanuel Macron’s wife the first lady, this official position doesn’t exist in the French Republic.

President Macron faced accusations of nepotism after his decision to make his wife the first lady who has her own staff, office, and funds. Any expenses of the first lady are taken from the general budget for the Élysée – this fact makes people sign the petition.

The text of the petition reads that Brigitte Macron has already a team of several aides, two secretaries and two security agents.  According to petitioners, that’s enough, no need to extend her staff further.

The author of a petition is a French actor Thierry Paul Valette, he launched the petition on change.org, which had gained 209,045 supporters by Monday evening. Last month, Mr Macron promised to transform France and give its citizens more power in petitioning to get important topics discussed in parliament.

Mr Valette added that the creation of the petition was not designed to personally attack Ms Macron:

‘We fiercely denounce all sexist attacks against Brigitte Macron and we do not question her skills.’