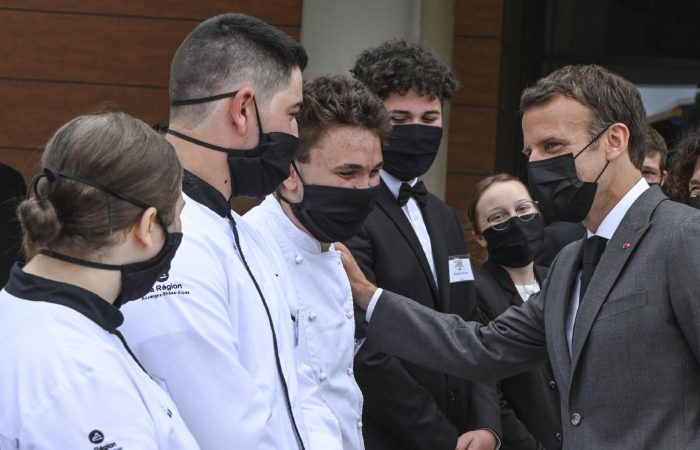 The assaulting French president Emmanuel Macron made the headlines on Tuesday. He was slapped in the face by a man during a walkabout in at Tain-l’Hermitage in the Drôme department.

Last week, Macron began a six-week political tour de France aimed at “taking the pulse” of the country as it emerges from the coronavirus crisis. The incident took place in southern France on June 8. The man was heard shouting in French “down with Macronism” before he grabbed the president’s right arm and delivered a slap to the left side of his face. The video was uploaded immediately.

The president’s guard detail pulled the man to the ground and moved Macron away from the crowd, though the president appeared unhurt and determined to continue meeting the public.

Under French law, assaulting the President is a crime. As Sky News has learned, two people have been arrested in connection with the assault and are being held for “deliberate violence against a person of public authority”.

Commenting on the bitter episode, prime minister Jean Castex said the incident was an affront to democracy.

“Politics can never be about violence, verbal aggression, and even less about physical aggression. I call for a republican awakening, we are all concerned, the foundations of our democracy are at stake,” PM added the Assembly National.

President Macron was in the Drôme to meet local restaurant owners and students to talk about how their lives are slowly returning to normal as pandemic restrictions are lifted. According to the local police, the investigation was being conducted by the Drôme gendarmes. The person accused of violence faces a €750 fine if convicted.

Macron’s predecessor François Hollande wrote on Twitter that attacking the president of the republic is an unacceptable and intolerable blow to our institutions. “In the face of this indescribable act, the whole nation must show solidarity with the head of state. In these circumstances, I send my full support to @EmmanuelMacron,” Hollande said.