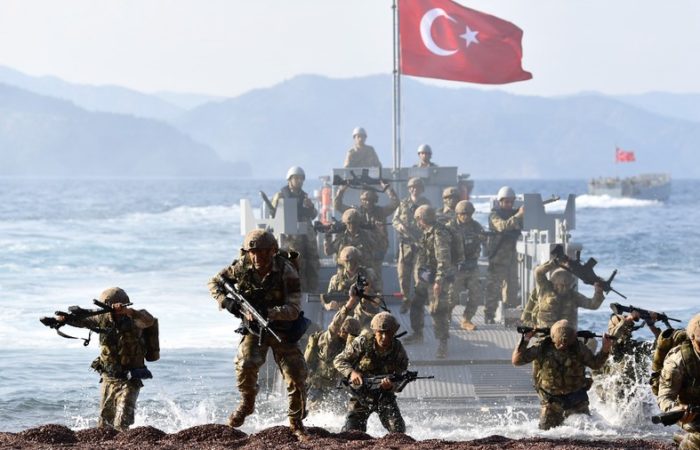 Turkey will continue to strengthen the army until it becomes the strongest in the world, President Tayyip Erdogan said.

“The successes of the operations of the last six years give every reason to include the Turkish Armed Forces among the strongest armies in the world. <…> On the way to the further development of Turkey, we attach particular importance to increasing the deterrence potential of the Turkish Armed Forces,” he said, speaking at the National Defense University in Istanbul.

⠀
The Turkish leader noted that, despite a certain shortage of personnel, the country’s Armed Forces continue to demonstrate success. According to him, the power of the Turkish army is also manifested in the fight against terrorism, including in the context of cross-border operations.

“The fight against terrorism will continue until this threat is completely eliminated,” he stressed.