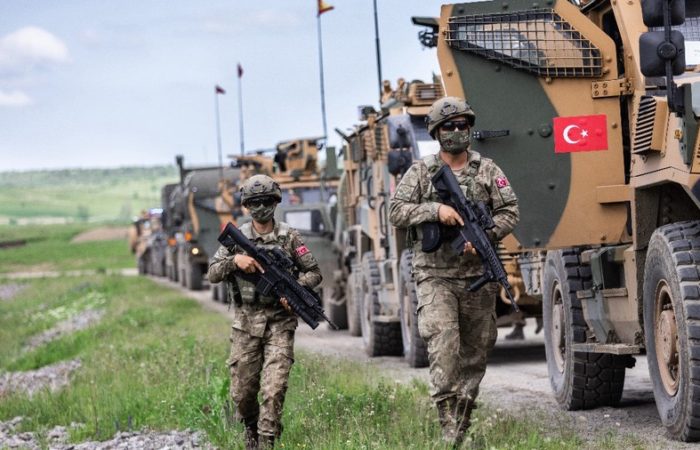 Turkish President Tayyip Erdogan said that the Turkish Armed Forces will launch anti-terrorist operations on the country’s borders, and a decision will be made soon on this matter.

The Turkish Armed Forces are now conducting an operation against the banned Kurdistan Workers’ Party in northern Iraq.

According to Erdogan, “the country’s authorities intend to complete the process of creating a security zone at its southern borders with a depth of 30 km.”

“As soon as the training of our Armed Forces, intelligence, security forces is completed, these operations will begin. On Thursday, after the meeting of the Security Council, we will evaluate our steps and make decisions,” the Turkish leader specified.

⠀
Armed conflict with the Kurdistan Workers’ Party began in Turkey in 1984 and resumed in 2015. In northern Iraq, there are PKK bases against which the Turkish Armed Forces conduct air and ground operations. Turkish President Tayyip Erdogan said earlier about the destruction of 6,000 members of the Kurdistan Workers’ Party inside the country and 6,900 outside it since July 2015, the losses of Turkish security forces amounted to more than 1,200 people.