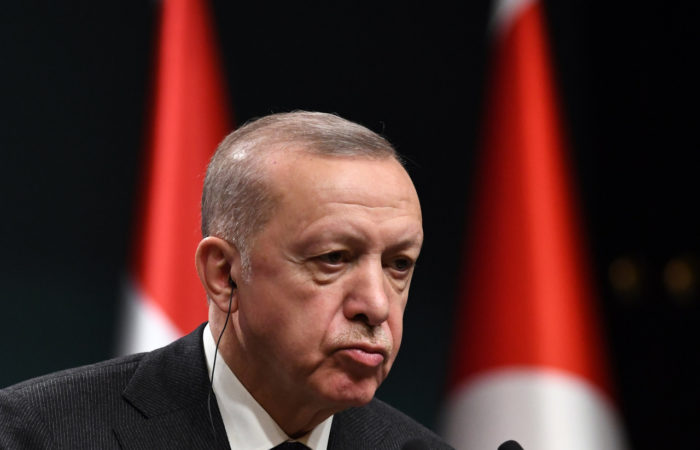 Turkey will approve the accession of Finland and Sweden to NATO, provided that Helsinki and Stockholm make it clear that they are in solidarity with Ankara on security issues, Turkish President Tayyip Erdogan said during a telephone conversation with NATO Secretary General Jens Stoltenberg.

“If Sweden and Finland do not openly demonstrate that their position is similar to Turkey on major issues, especially in the fight against terrorism, then Ankara will not react positively to the membership of these countries in NATO,” Erdogan said.

⠀
The Turkish leader stressed in a statement that Turkey “sincerely supports the alliance’s open door policy,” but the outcome of Sweden’s and Finland’s membership bid depends on their attitude towards Turkey’s “vital national security interests.”

⠀
Earlier there was information that Turkey blocked the start of the process of considering the application for Finland and Sweden to join NATO. Erdogan said that Ankara cannot say “yes” to the membership of Finland and Sweden in the alliance, because it cannot believe their assurances about ties with representatives of the Kurdistan Workers’ Party, banned in Turkey. If Turkey agrees, NATO, according to Erdogan, will not be a security organization, but will become a place where there will be many representatives of terrorists.

⠀
Countries cannot be accepted into an alliance without the unanimous approval of all its members.