Erdogan proposed to discuss the introduction of the death penalty for arson of forests. 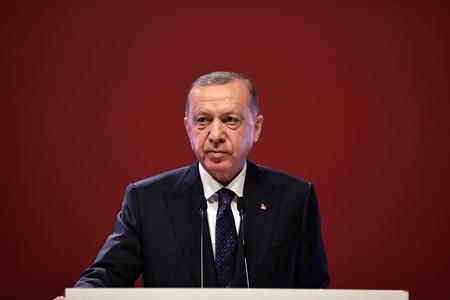 Turkish President Recep Tayyip Erdogan admitted the possibility of introducing the death penalty as a punishment for setting fire to forests. He stated this during a trip to the resort of Marmaris, which suffered from forest fires.

“I also believe that there should be a deterrent,” Erdogan said in response to a question about the need for a preventive measure. – You need to understand where to put the point. Should there be a death penalty? It should be discussed, we should think it over.”

⠀
The fire broke out on June 21 near Marmaris, Mugla and other resort towns in the southwest of the country. Firefighters managed to stop the spread of fire. The authorities had to evacuate 435 people, 467 animals, 52 vehicles. Fire destroyed 4 thousand hectares.

⠀
The cause of the fire was arson, according to authorities. A man suspected of setting fire to the forest has been arrested. According to Erdogan, he explained his act by saying that he was drunk and “angry.”

⠀
Severe fires blazed in the resort area in southern Turkey last year as well. Then the reasons were also called arson. Tourists had to be evacuated from hotels.