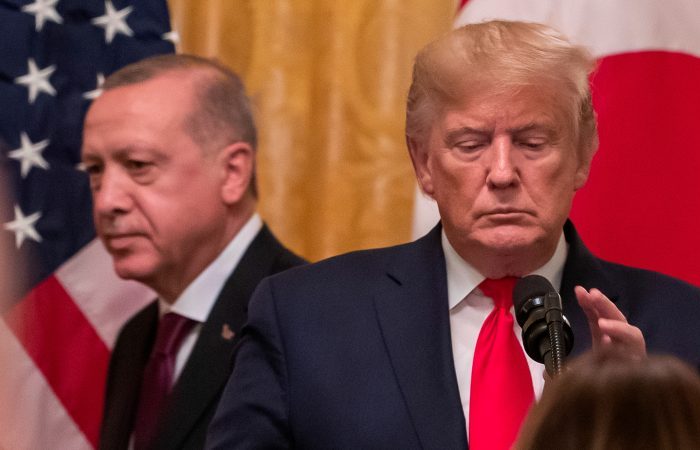 The US President on Tuesday presented one of the most-anticipated plans in the history of the Middle East. The universal ‘peace plan’ has been elaborated with the participation of Jared Kushner, presidential son-in-law and senior advisor. According to the White House, ‘plan of the century’ aimed at resolving the Israeli-Palestinian conflict, saying Jerusalem would remain Israel’s “undivided capital.”

That remark made President Erdogan lambasted the plan, saying that Jerusalem is sacred for Muslims.

“ The plan to give Jerusalem to Israel is absolutely unacceptable. This plan ignores Palestinians’ rights and is aimed at legitimizing Israel’s occupation,” Erdogan commented on American-made peace plan.

As the Turkish President concluded, that plan outlined will not serve peace or bring about a solution.

According to Trump’s plan, the Palestinian statehood would be based on a series of strict conditions — including requiring the state to be “demilitarized.”

Obviously, the Turkey-Israel relations are still tense, moreover, President Erdogan regards himself as a champion of the Palestinian cause. When Washington recognized the capital of Israel as Jerusalem in 2017 and moved its embassy there, Ankara repeatedly criticized Trump’s decision.