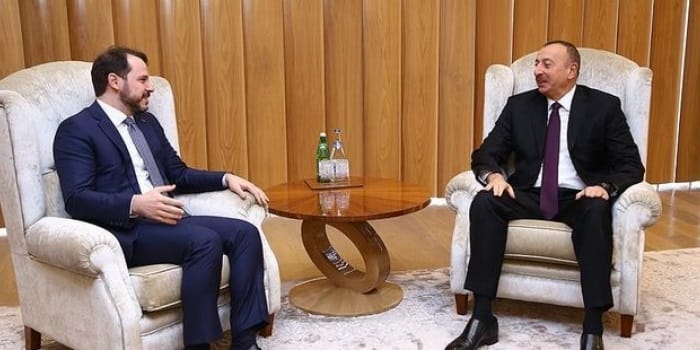 Recep Tayyip Erdogan has been sworn as the new president and made several appointments while starting the forming a Cabinet. His own son-in-law will be head of Turkey’s new treasury and finance ministry, Financial Times reported. The 40-year-old, who holds an MBA in financial management from New York’s Pace University, entered parliament in 2015 after a stint as CEO Calik Holding, a private company.

Berat Albayrak who married Erdogan’s daughter in 2004 became the head of the finance ministry.  A new cabinet composed of a mix of loyalists, technocrats and business figures drawn from the private sector. Mr Albayrak’s appointment was met with alarm from analysts and foreign investors who are anxious about the health of the Turkish economy and the independence of the central bank.

During the campaign for elections held last month, Erdogan’s son-in-law warned that the plunging Turkish lira was the result of an “operation” of “overseas origins” aimed at bringing down the government. Investors argued that it was the product of concern about an overheating economy and insufficiently high-interest rates.

Turkish lira plummeted on the news of his appointment, losing as much as 3.8 per cent of its value to trade at 4.7488 per dollar. According to the financial experts, that is absolutely not what economists hoped for.

“Markets were awaiting the cabinet appointed and the signal is clear: it is not market-friendly, but rather Erdogan-friendly,”

While Mr Albayrak has become a close confidant of the Turkish president in recent years, Erdogan has for years been a vocal opponent of high-interest rates, railing against them even amid persistent double-digit inflation and a plunging currency that has lost 17 per cent of its value against the dollar since the start of 2018.

On Monday, Mr Erdogan took the oath of office in parliament, later he assured people during his speech that Turkey was “making a new start”.

“We are leaving behind the system that has in the past cost our country a heavy price in political and economic chaos,”