Eritrea agrees to pull troops out of Ethiopia’s Tigray region 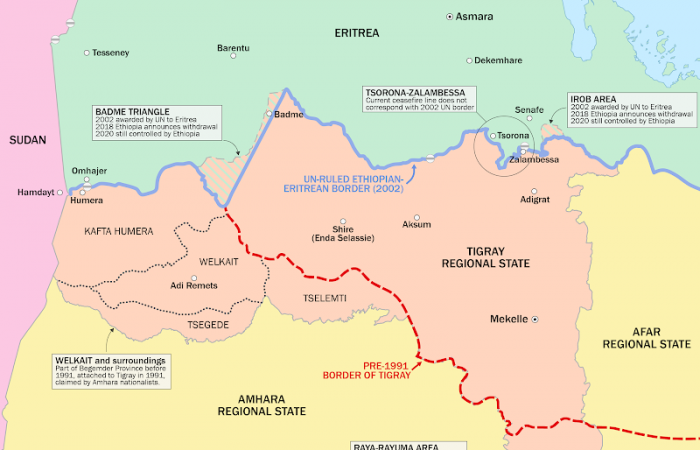 Eritrea sent a letter to the United Nations Security Council, announcing its readiness to start pulling the troops from Ethiopia’s Tigray region.

Eritrea made its first public admission to having troops in the neighbouring country, Ethiopia. The development follows comments Thursday by UN aid chief Mark Lowcock to the Security Council asserting that there was no proof Eritrean forces were withdrawing.

“Eritrea and Ethiopia have agreed – at the highest levels – to embark on the withdrawal of Eritrean forces and the simultaneous redeployment of Ethiopian contingents along the international boundary,” Sophia Tesfamariam, Eritrea’s UN Ambassador, said in the letter posted on Eritrea’s Information Ministry’s website.

Eritrea did not give a timeline for the withdrawal, Bloomberg said. Eritrea accused the Tigray People’s Liberation Front of starting the conflict with an “unprovoked attack” and firing missiles at Eritrea’s capital, Asmara, in the early stages of the armed conflict led to bloodshed and displacing thousands of people.