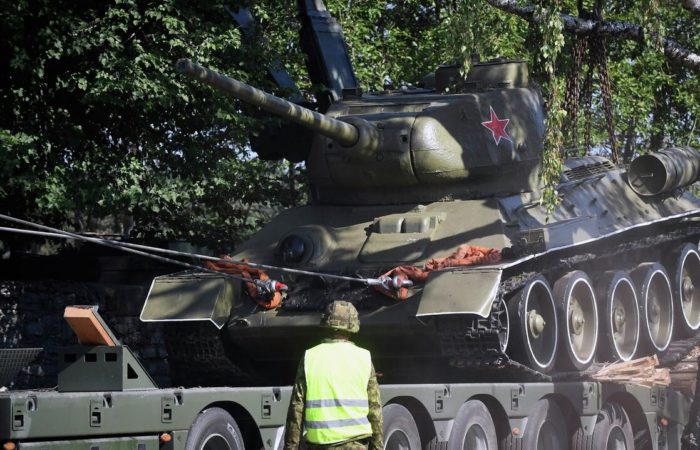 The Estonian government has allocated more than 900 thousand euros for the dismantling of Soviet military monuments, the press service of the Cabinet of Ministers said on Friday.

“The government has allocated 916,405 euros to institutions under the Ministry of Defense for activities related to the removal of Soviet military monuments that threaten the security of public space,” said spokeswoman Yevgenia Vyarya.

On August 4 last year, the Estonian government announced the start of a campaign to dismantle Soviet military monuments and reburial the remains of soldiers throughout the republic. A commission on Soviet monuments was created under the State Chancellery, whose task was to organize the dismantling of tombstones and monuments with Soviet symbols in public places or to replace the tombstones with neutral ones.

The commission counted 322 memorials and monuments over the graves in the country, on which the symbols of Soviet power are applied. Of these, 244 are to be demolished or replaced. 56 monuments have already been removed.