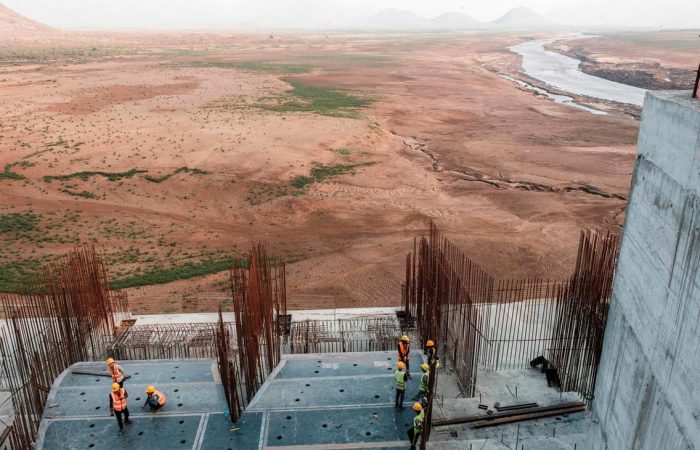 Ethiopia’s prime minister Abiy Ahmed told the United Nations on Friday that his country has no intention to harm Egypt or Sudan in the frame of the Blue Nile dam, their trilateral joint project.

Ethiopian has “no intention” of harming Sudan or Egypt with a Grand Ethiopian Renaissance Dam (GERD) that has caused a bitter water dispute between the three countries, PM Abiy said on Friday.

In his address at the United Nations General Assembly, Abiy said all three nations have failed to reach a deal on the operation of the giant hydropower dam on the Blue Nile before Ethiopia began filling the reservoir behind the water object in July. But the three states have returned to African Union-led mediation, Abiy Ahmed added and promised to find an amicable solution.

«I want to make it abundantly clear that we have no intention to harm these countries,» he told the 193-member UN General Assembly in a video statement, pre-recorded due to the COVID-19 pandemic.

PM Abiy, 2019 Nobel Peace Laureate, noted that his country is steadfast in its commitment to addressing the concerns of downstream countries. As The National reports, it is time to reach a mutually beneficial agreement as an outcome in the context of the ongoing AU-led process.

In 2020, the negotiations have previously faltered over a demand from Egypt and Sudan that any deal should be legally binding. The mechanism for resolving future disputes and over how to manage the dam during periods of reduced rainfall or drought remains the stumbling block.

According to Egypt, a North African country which depends on the Nile for more than 90 per cent of its scarce freshwater supplies, the dam could have a devastating effect on its economy.

Meanwhile, the Ethiopian PM Abiy told the UN that the project contributes to the conservation of water resources, «which would otherwise have been lost to evaporation in downstream countries.»

«What we are essentially doing is to meet our electricity demands from one of the cleanest sources of energy. We cannot afford to continue keeping more than 65 million of our people in the dark,» Abiy stressed in his UNGA address.

Egyptian President Abdel Fattah el-Sisi expressed his concern about the project when he addressed the UN on Tuesday.

«The Nile River must not be monopolised by one state. For Egypt, the Nile water is an existential matter. This, however, does not mean that we want to undermine the rights of our brothers and sisters, sharing with us the Nile basin,» he said and added that it is unacceptable for the negotiations to continue forever in an attempt to impose the realities on the ground.