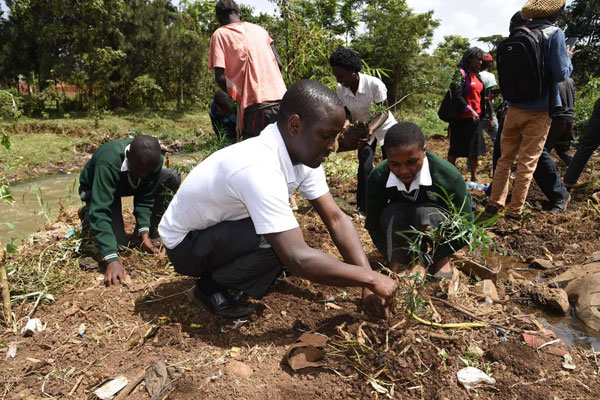 Ethiopia’s Prime Minister urged every citizen to take part in the useful ecological initiative that will help the African country to become greener. The campaign aimed at planting 200 million seedlings in a day, that would be a world record if accomplished, The East African reported.

Ethiopian Prime Minister Abiy Ahmed has given a start on Monday morning to the ecological initiative, he dug in with a few seedlings of his own in Arba Minch, southern Ethiopia.

The African country’s forest coverage has fallen from 35% of the total land in the early 20th Century to a little above 4% in the 2000s, the UN reports said. In addition, Ethiopia has also faced severe droughts in recent years. Despite the shortfall of the water resources, the Ethiopian government decided it would be useful for the ecology if each citizen plants at least two seedlings. That would make the world record, PM said.

PM Abiy started the campaign to create awareness about the importance of fighting environmental degradation in the country and public offices in the capital, Addis Ababa, have been shut down for civil servants to take part in the campaign.

Anthropological interference, free grazing and overutilization of resources are the common cause of natural resource degradation. Land use land cover statistics in Ethiopia indicates that woody vegetation’s including high forests cover over 50% of the area, International Journal of Ecology & Development reads.

FAO, one of the UN bodies, also defines the Ethiopian vegetation coverage as forest are natural high forests, woodlands, plantations and bamboo forests. All that coverage should be refreshed from time to time, and Ethiopian initiative to plant 200 million trees is one of the most important to keep the ecology system health, the experts say.