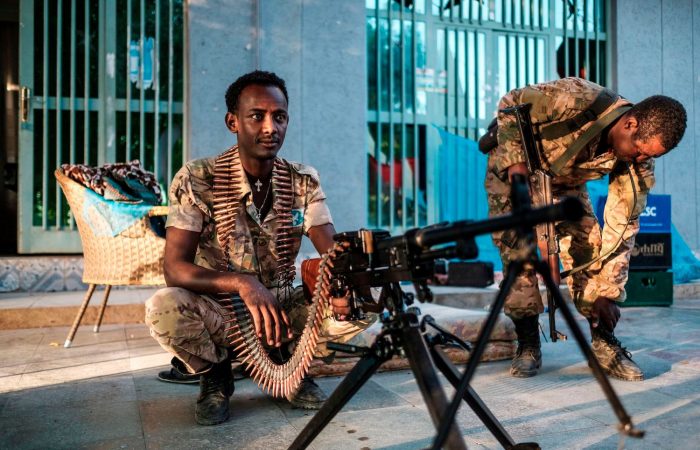 Ethiopian PM Abiy Ahmed rejects again conflict dialogue with Tigray leaders. In his efforts to end the deadly conflict between federal troops and the Tigray leaders, the top official said he is willing to speak to representatives “operating legally” there.

On Friday, the meeting occurred as people fled the Tigray capital in fear of an imminent assault after PM ordered the “final phase” of an offensive to arrest the leaders of the Tigray People’s Liberation Front (TPLF), the region’s leaders.

The current situation is dual because Abiy’s Cabinet and the regional one each consider the other illegitimate.

AU spokeswoman Ebba Kalondo did not give any details on a possible meeting with TPLF leaders, something Mr Abiy’s office has rejected. Meantime, the TPLF had appointed an envoy to discuss an immediate cease-fire with the international community as “masquerading”.

UN insists on immediate cease-fire of the Tigray conflict

The United Nations continues to urge immediate access for humanitarians that is neutral and impartial. The government says that “humanitarian access route” would open under the management of the Ethiopian ministry of peace.

This week, fighting reportedly remained well outside the Tigray capital of Mekele. PM Abiy’s government said that the local residents would receive “no mercy” if they didn’t separate themselves from the rebels in time.

More than 40,000 refugees have crossed into a remote part of Sudan where local communities and humanitarian workers struggle to provide food, shelter and care. Nearly half of the refugees are children.

The International Committee for the Red Cross (ICRC), in a rare dispatch from inside Tigray, warned that medical facilities are running out of drugs and other supplies and doctors need help caring for the wounded. “They told us they feared for their lives and that they wanted safe passage out of the area,» an ICRC warned.