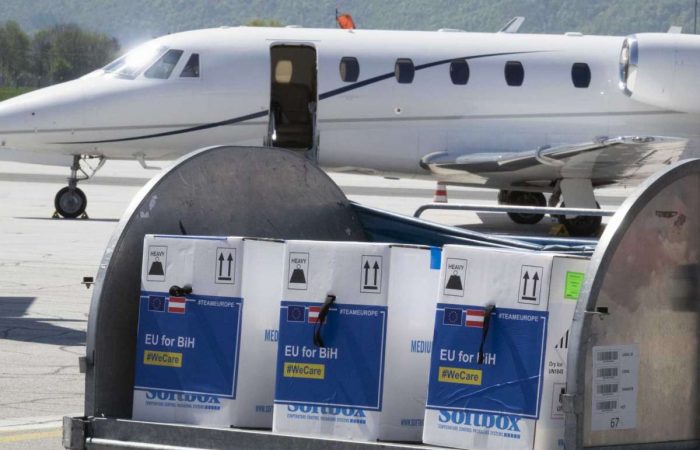 The European Union sent the COVID-19 vaccines Tuesday to the Balkans. Following China and Russia’s medical aid to the region, the EU wants to join the ability to make political gains by supplying the much-needed anti-virus drug.

Following in the footsteps of Serbia, the other Western Balkan nations have been turning to China and Russia for jabs as EU nations faced their own vaccine delays.

Last month, the EC announced that 651,000 Pfizer-BioNTech doses will be delivered to Serbia, Bosnia, North Macedonia, Montenegro, Albania and Kosovo in weekly instalments from May to August. The jabs are funded from a EUR70 million package adopted by the Commission in December.

China’s and Russia’s vaccine exports to Serbia and elsewhere came with soft-power messages, with politicians praising mutual friendship and criticizing the EU for not coming to the rescue when it was needed the most.

“We care about this region. Their future lies in the European Union. And this is why we’re working to support them as best as we can to deal with the pandemic,” EU spokesperson Ana Pisonero said Tuesday in Brussels.

IOM: Dozens of migrants dead after boat capsizes off Djibouti