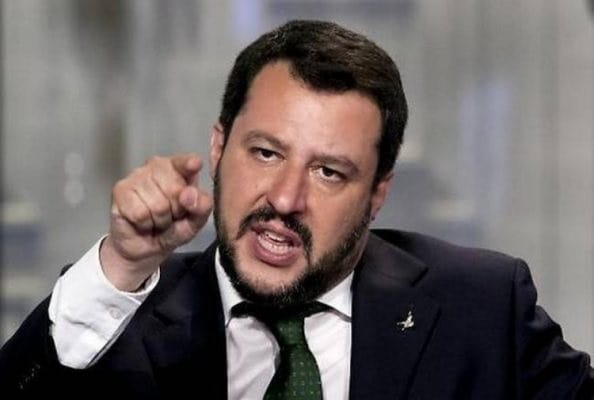 The migrant crisis is deepening, while Italy has claimed victory after five EU nations stepped in to share out 450 migrants stranded at sea when Rome refused to take them, the Times reported on Wednesday.

On Monday, the migrants were finally allowed to disembark in Sicily, two military vessels rescued African people after France, Spain, Germany, Malta and Portugal agreed to an Italian request to help to give them a home.

“Firmness and coherence pay off,”

Monday was a rather busy day for the Libyan coastguard who had rescued 165 refugees from a damaged boat in the area where the deflated dinghy was found, nearly 148km off the coast. It said the migrants were dehydrated after drifting for more than 60 hours, and one dead baby girl was also recovered.

Italy’s position on migrants is still the same: Matteo Salvini

Italy is the first EU country that has to accept the migrants from North Africa. So far this year, 50,872 have crossed the Mediterranean to Europe — less than half the figure for the same period of 2017, the International Organization for Migration confirmed. More have arrived in Spain than in Italy: 18,061 since January, compared to 17,827.

The drop in numbers reaching Italy is attributed mainly to its close co-operation with the Libyan coastguard. Matteo Salvini tweeted that «lies and insults from some foreign NGO confirm that we are in the right: reducing departures and landings means reducing deaths, and reducing the profits of those who speculate on illegal immigration».