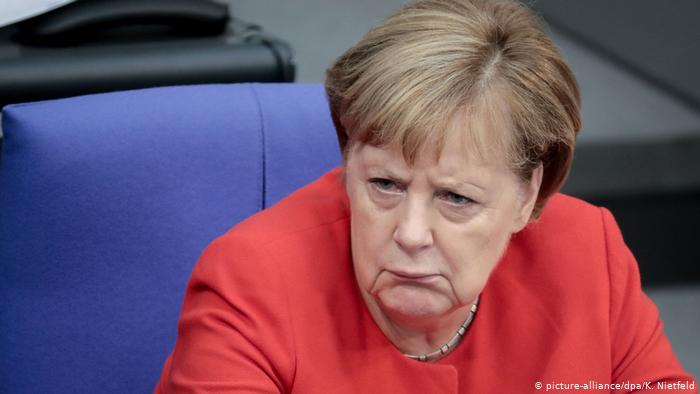 The German chancellor is doubtful of the upcoming aid deal, DW reports. Angela Merkel comments came ahead of a two-day EU summit in Brussels where 27 nations will try to finalize a €750-billion COVID-19 recovery plan.

Angela Merkel is not the only EU leader who express pessimism prior to Friday talks that start in Brussels. The 27-member bloc is going to finalize the 2021-27 budget and a €750-billion COVID-19 recovery fund.

«We are going into the consultations with a lot of vigor, but I must also say that the differences are still very, very large and I cannot, therefore, predict whether we will be able to reach an agreement this time,» German chancellor said.

As Merkel said, the finalizing of the aid agreement would be desirable, but the EU leaders also have to face reality. «That is why I expect very, very difficult negotiations,» German leader confessed.

Other leaders, including Lithuanian President Gitanas Nauseda and Dutch Prime Minister Mark Rutte, support Merkel’s pessimism. In the frame of two-days summit, it is almost impossible to reach an agreement.

Dutch first minister said he is not especially optimistic as he arrived in Brussels to negotiate the important EU deal. One of the biggest sticking points is the management of a recovery instrument worth €560bn that is designed to hand out grants and loans to crisis-hit economies. It is important to realize, Mr Rutte is demanding a veto over approving the disbursing of cash — a demand that has met fierce resistance in southern capitals.

«I’m not so optimistic … We think the initial [budget] proposal is interesting, promising,» Nauseda echoed Merkel’s opinion while Hungary’s illiberal premier Viktor Orban has threatened to veto a deal that makes respect for fundamental values a precondition of the recovery fund.