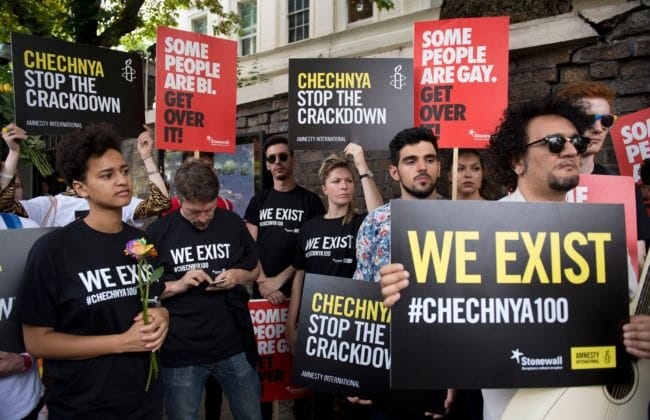 The EU is trying to manage the migrant crisis, the recent development is the Court of Justice barred so-called “gay test” for asylum seekers. If hundreds of homosexuals who fear persecution in Chechnya, Africa and the Middle East, they are able to seek an asylum in Europe where their life will be quite comforting thanks to the social and financial support.

The top court of the EU has ruled that ‘gay test’ or any other psychological tests to determine a sexuality of asylum seeker is barred. In fact, the EU top court confirmed that a controversial  ‘gay tests’ will no longer in use in all 28 EU states.  That European Court of Justice (ECJ) ruling is binding all asylum-spots to stop to determine the sexuality of the fleeing persons.

Thus, hundreds of homosexuals who fear persecution in their countries, mostly from the Middle East, Africa are able to seek asylum in EU because of their ‘wrong’ sexuality. Effectively barring the use of sexual orientation determination as an invasion of “the most intimate aspects” of life. the Court of Justice found that the unidentified person filed a request for refugee status in the Hungarian city of Szeged in April 2015 because his homosexuality, which made him a pariah in his native country.

To avoid he misunderstandings in future practice of the asylum seeking, the Court of Justice ruled:

“The performance of such a test amounts to a disproportionate interference in the private life of the asylum seeker.”

In responding to the Hungarian court which referred the case, the ECJ said it was acceptable to seek expert opinion but this must be obtained in ways consistent with human rights and should not be the sole basis of a ruling.