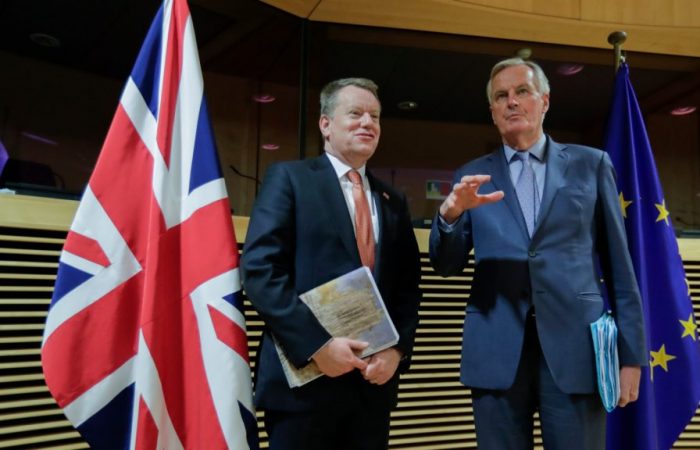 The EU and the United Kingdom are ready to accelerate the post-Brexit talks. The teams have learned on Sunday that the British negotiator David Frost will be promoted to become PM Johnson’s national security adviser, ednHub reported.

Following the lifting of the post-COVID restrictions, both the EU and Britain have launched an intense five weeks of negotiations on a deal to define their post-Brexit relations. In fact, London keen to wrap things up quickly.

The new round of talks which began in Brussels on Monday was the first to be held face-to-face since the novel pathogen lockdown combined with the two sides’ entrenched positions to stall progress.

Hopes are that the intensification of the discussions will make it possible to deliver results after previous sessions, of mainly videolink talks, achieved little.

But tempers have flared in recent days and the British PM Boris Johnson insisted on Saturday that the UK was quite ready to accept the consequences of no-deal if common ground cannot be found.

Post-Brexit relations between the UK and the EU remains unclear

Well, the government wants to see the outline of an EU-UK trade deal by the end of the summer. This is in order to give UK businesses time to prepare themselves for a new working relationship with the EU, starting 1 January — after the transition period ends.

The meetings will alternate weekly between Brussels and London throughout July and at the end of August, with London hoping for a certain agreement as soon as possible.

Meanwhile, the political observers immediately suggested this could break the British side’s focus, but a UK spokesman insisted Frost’s new title does not mean he will be distracted from the ongoing discussions with his EU counterpart, Michel Barnier.

Mr Frost will remain chief negotiator for the EU talks until a deal is reached or until the end of the negotiations. In general, this will remain Frost’s top priority. As London has made clear the UK do not anyway wish these process to run on into the autumn.

Hopes are that the acceleration of the discussions will make it possible to deliver results after previous sessions, of mainly videolink talks, achieved little.