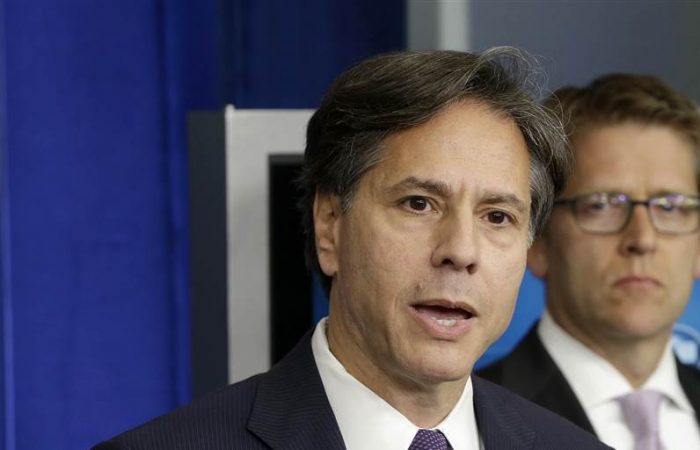 The Iranian nuclear deal abandoned by Washington in 2018 could be revived, said Secretary of State Antony Blinken. The top US official met with the European Union’s allies Thursday to discuss the latest developments, Al-Monitor reported.

France, Germany, and the United Kingdom sent their foreign ministers for meeting in Paris on Thursday. Antony Blinken, the US top official, took participation online. The diplomats’ meeting took place at the moment when Iran prepares to limit snap inspections by the UN’s International Atomic Energy Agency (IAEA) if the US sanctions aren’t lifted by next week.

“The more pressure is applied, the more difficult it gets to find a political solution,” German Foreign Minister Heiko Maas warned.

Over three years of the US sanctions, Iran has steadily breached its obligations under the nuclear deal since President Trump abandoned the Joint Comprehensive Plan of Action (JCPOA).

Meantime, Mr Blinken warned that figure could drop to “a matter of weeks” if Iran continues lifting nuclear restraints in violation of the JCPOA.

“The good news, of course, is that all of these steps are reversible and the path for diplomacy remains open,” State Department spokesperson Ned Price said Wednesday, adding, “Iran should provide full and timely cooperation with the IAEA.”

Prior to starting Paris meeting, the German Chancellor expressed her “concern” with Tehran’s JCPOA violations in a call with Iranian leader Hassan Rouhani. Ms Merkel said that «now was the time for positive signals that create trust and increase the chances of a diplomatic solution,” her office said.