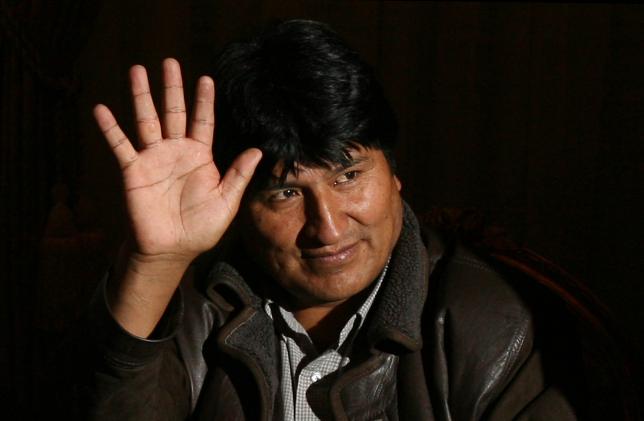 The Bolivian President Evo Morales has announced his resignation las night. Prensa Latina reported. The head of the Latin American state said he forced to do that after the military encouraged him to leave the post.

President Morales, Latin America’s longest-serving leader, has stepped down to ensure stability following weeks of protests against his disputed reelection in October. On Sunday night, in a televised address to the nation, Morales said he was resigning for the «good of the country.»

«I want to tell you brothers and sisters that the fight does not end here,» Morales said from his stronghold in the Chapare region.

«We will continue this fight for equality, for peace,» the 60-year-old promised.

Following his statement, in which Morales said he is the victim of a «coup», Vice President Alvaro Garcia Linera also said he was resigning. The double announcement became one of the most anticipated move for many Bolivians. The Sunday resignation prompted the celebrations but there were also reports of violent unrest erupting in the capital, La Paz and other corners of the country.

On Twitter, Evo Morales accused police of issuing an «illegal» warrant for his arrest and attacking his house in Cochabamba «violent groups».

The stepping down of the last survivor of the so-called «pink tide» is done. Morales came to power in the nineties, when pink tide’ seeded the leftist governments across Latin America. The reaction of the neighbouring countries was similar.

Antonio Guterres, the UN boss, expressed deep concern about the situation in Bolivia. He urged «all relevant parties to refrain from violence, reduce tensions and exercise maximum restraint.»

Venezuela’s President Nicolas Maduro also condemned what he described as a «coup» against Bolivia’s president, adding that rallies would be held to defend «the life of the Bolivian native people, victims of racism.»

«Mexico will maintain its position of respect for democracy and institutions.»

Ebrard added that Mexico had already received 20 members «of the Bolivian executive and legislative in its official residence in La Paz,» adding that his country would offer Morales asylum if he sought it.

Nicaragua’s leftist government also defends Morales’s right to serve as president, issuing a statement that decried the situation as a «coup».

«The government of Nicaragua … denounces and strongly condemns the coup d’etat that was realised today,» President Daniel Ortega said in a statement.

The right-leaning Chilean government expressed concern about Bolivia’s interrupted electoral process and urged to set the new elections. Almost the same wrote on his report the Organization of American States (OAS). Argentina’s President-elect Alberto Fernandez, who will assume the role in December, said a «coup» was carried out in Bolivia.

«We, defenders of democratic institutions, repudiate the unleashed violence that prevented Evo Morales conclude his presidential term, and altered the course of the electoral process,» Fernandez added.