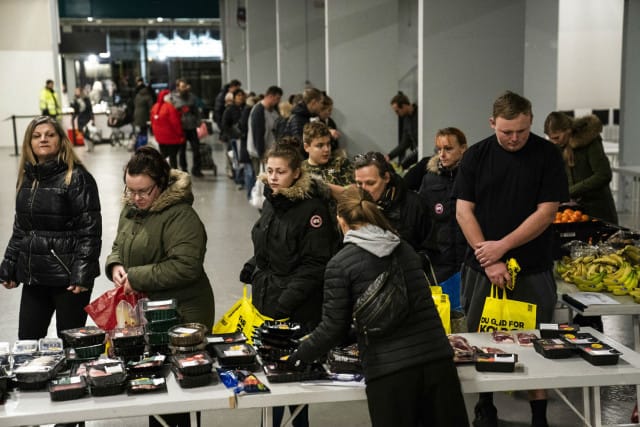 In Denmark, the organization Charity Stop Waste Locally (CSWL) showed social responsibility while sharing the excess Christmas food with 30,ooo people. About 260 tonnes of unsold goods from stores just after they closed for Christmas were distributed among people who needed it.

This year, Danish Charity Stop Waste Locally’s 3,000 volunteers across the country helped out by collecting/distributing unsold goods from stores. According to the smart scheme, 350 stores across the country were glad to donate pork roasts, duck, candy and other Christmas food to the project Stop Spild Lokalt.

the excess food was shared at the points of distribution like schools, sports centres and other ’food oases’, including at one location in Greenland.

”It’s great that so many small stores wanted to take part, but also quite scary that the need is so great,” 19-year-old Rasmus Erichsen from Korsør, the founder of the CSWL initiative, which started last year.  In 2017, a total of 110 tonnes of excess food was gathered by 2,100 volunteers. Rasmus added that the success of the charity’s action will be continued next year.

”We are going to repeat this successful venture, although I don’t yet know whether we might do it in a different way,” SCWL’s founder said. Mr Erichsen added that he is delighted to see that this important agenda has got such a strong anchoring in Denmark.

Stop Spild Lokalt has volunteers in 104 different Danish towns, and has partnerships in place with major supermarket chains including Coop, Salling Group and Aldi.

The group’s founder, who studies Innovation and Marketing, won the 2017 Fællesskabsprisen award, given in Denmark to entrepreneurs who make valuable contributions to society.