An oil giant ExxonMobil has a great desire to bypass US sanctions against Russia, this movement ould make possible for Exxon to resume drilling under its Black Sea oil venture with Rosneft (its major stakeholders are Putin government’s members). In 2015, the annexation of the Crimean peninsula caused the acute reaction of the international community. The economic sanctions were imposed, but now, the oil giant has already applied for the waiver.

For ExxonMobil, the current situation is far from he perfect status, the concern that it could lose its contractual exploration rights in the Black Sea if drilling operations did not recommence by the end of 2017. According to Mr Mnuchin’s statement,

«The Treasury Department will not be issuing waivers to US companies, including Exxon, authorising drilling prohibited by current Russian sanctions,»

said the US Treasury Secretary and added the decision had been made ‘in consultation’ with President. 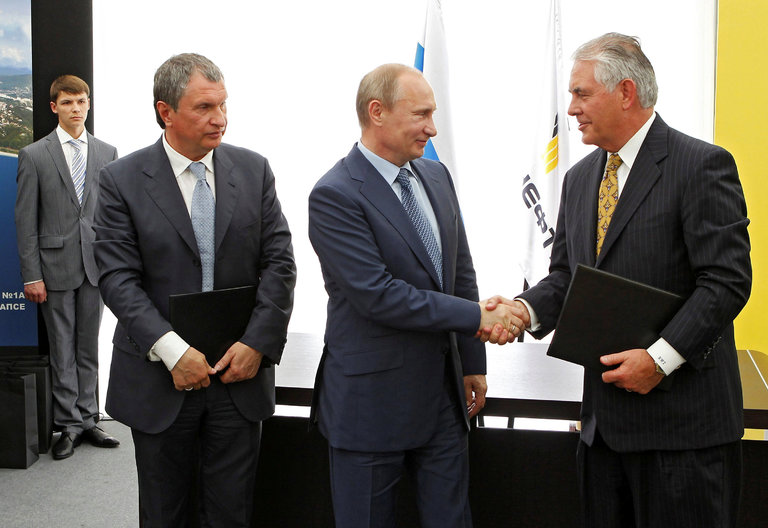 Exxon and its Russian partner Rosneft

The oil giant Exxon and its then-president Rex Tillerson signed the agreement with Russian Rosneft in 2012. This document could see upward of $500bn invested in US and Russian oil fields. After Crimea’s annexation, the international community has imposed the economic sanctions against Russia.

Since 2014, Rosneft and ExxonMobile have to operate in a very unusual regime, both sides hope for the soonest lifting the sanctions. This week, the Trump administration rejected the Exxon’s bid for Russian sanction waiver.