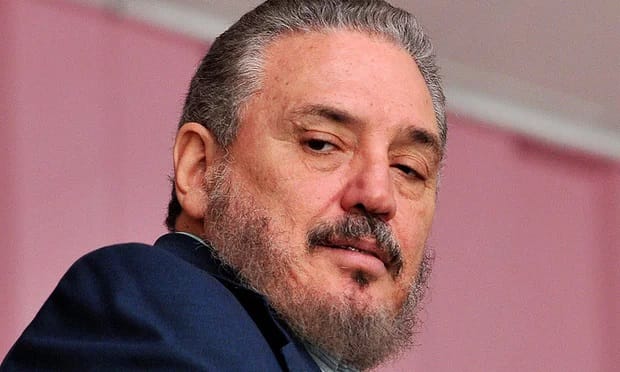 Fidel Diaz-Balast, or Fidelito, had the highest public profile of all Castro’s children. The eldest Castro’s son was born in 1949 out of his brief marriage to Mirta Diaz-Balart,  a girl from Cuba’s aristocracy. Fidel Castro married Mirta before beginning the revolutionary struggle that later brought him to power. Their son Fidelito was much looked like his father, the young man got the best education.

Diaz-Balart became a nuclear physicist who studied in the former Soviet Union, multilingual Fidelito had been working as a scientific counsellor to the Cuban council of state, as well as vice-president of the Cuban Academy of Sciences, at the time of his death.

“During his professional life, he was dedicated entirely to the sciences, and obtained important national and international recognitions,”

Later, after Castro remarried, Fidelito became but one more in a large brood of Castro children – who number at least seven, and as many as 11. Fidelito was also the cousin of the fiercely anti-communist Florida politicians, Rep. Mario Diaz-Balart, and former Rep. Lincoln Diaz-Balart.

The 68-year old Diaz-Balart had initially been hospitalised for depression and then continued treatment outside of a hospital. On Thursday, Fidel killed himself after being treated for months for depression., the local Cuban media reported.