Finland is the happiest country in the world: UN report 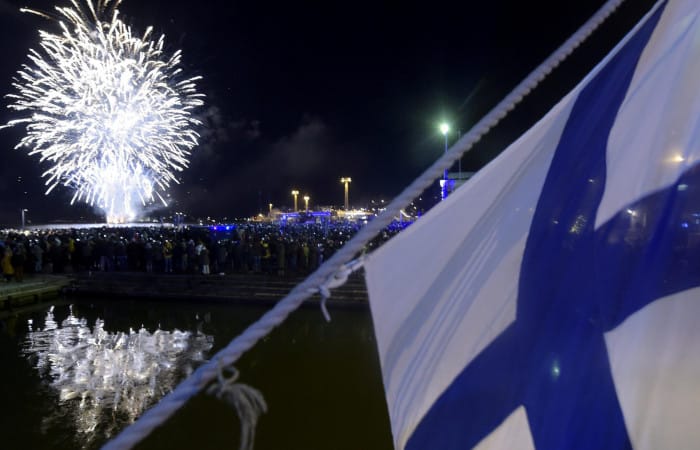 Finland is the happiest country in the world, confirmed The World Happiness Report 2018. That Scandinavian country is a happy place both for the people born over there and migrants.

Finland has come out on top of an international index that ranks nations by how happy they are as places to live.

The UN published report Wednesday, March 14, 2018, that rating ranked 156 countries by their happiness levels, based on factors such as life expectancy, social support and corruption. In 2018, the United Nations Sustainable Development Solutions Network decided to include the evaluation of 117 countries by the happiness of their immigrants.

“Finland has vaulted from fifth place to the top of the rankings this year,”

said the report’s authors, although they noted that the other three Nordic countries (plus Switzerland) have almost interchangeable scores.

For Finland, topping the UN rating of the happiest nations is not a surprise. The country’s government coped well with 2015 migrant crisis when more than a million migrants entered Europe, and a few thousand made it to Finland. In fact, a relatively homogenous Scandinavian country with about 300,000 foreigners and residents with foreign roots, out of its 5.5 million people, did its best to make its nation happy.

The finding on the happiness of immigrants shows the conditions that we live under matter greatly to our quality of life, that happiness is not only a matter of choice.

Nordic nations are dominating  the index since 2012

Europe’s Nordic nations, none particularly diverse, have dominated the index since it first was produced in 2012. In reaching No. 1, Finland nudged neighbouring Norway into second place.

Meik Wiking, CEO of the Copenhagen-based Happiness Research Institute, said the five Nordic countries that reliably rank high in the index “are doing something right in terms of creating good conditions for good lives,” something newcomers have noticed.