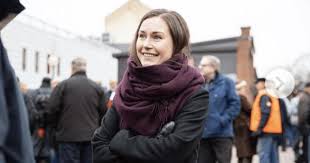 Sanna Marin defends the right of the Finnish people to work in more flexible regime. On Monday, the world’s youngest sitting head of Cabinet, called for implementing the shorter working week.

According to Ms Martin, the six-hour working days and a flexible four-day working week is a more suitable scheme for modern Finland. The 34-year-old prime minister believes such an option is the «next step» in the working life of the Scandinavian country.

«I believe people deserve to spend more time with their families, loved ones, hobbies and other aspects of life, such as culture,» she told New Europe.

Defending her proposition to the MPs, PM said this could be the next step for us in working life. The healthy balance between a family and the work is a must for the modern person.

Finland follows Sweden’s example in shortening of a working week

Most workers in Finland currently work for around eight hours a day, five days a week. The Social Democratic Party leader, who heads a five-party coalition all led by women, was inspired by neighbouring Sweden, which adopted the six-hour day in 2015.

According to the latest research of the shorter working week, employees were happier, wealthier and more productive, as they were still fully paid and customers were more satisfied.

The discussion on the flexible working hours has started in 1996 when Finland adopted the Working Hours Pact. According to it, Fins had the right to start or finish three hours earlier.