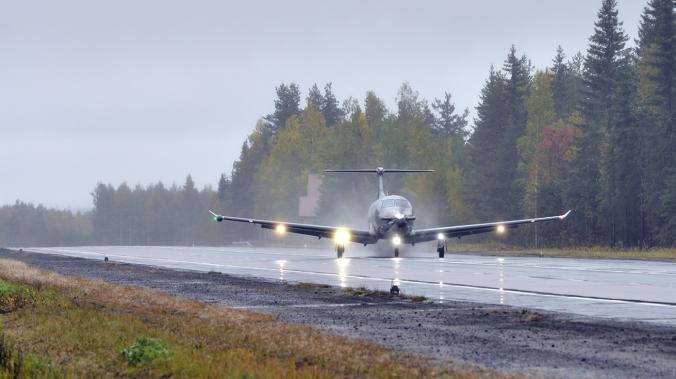 For the first time in a decade, Finland closed a section of one of its main highways for five days so that its fighter jets could practice landing and taking off on a spare runway.

Finland has several reserve airstrips intended for wartime use throughout the country. But the back-up road, located in Jouts, was not used for decades because of its importance as the main thoroughfare connecting the capital city of Helsinki with parts of the country to the north.

It took the Finnish Air Force just a few days to clear the roadside and prepare the site for the exercise, which involves about 200 troops and Finnish F/A-18 Hornet fighter jets, Hawk Mk 51 trainers and other military aircraft.

“Basically, I think that all road bases are in good enough condition, so they can be easily put into operation in a few days,” said Colonel Vesa Mantila, head of the Finnish Air Force Academy.

Hundreds of local residents gathered on the side of a road in Youts on Wednesday to watch an exercise in which pilots practiced landing on a 2-kilometer stretch of closed highway.

Finland does not rule out the possibility of hosting a NATO base. Finnish Defense Minister Antti Kaikkonen said that the country plans to explore different options for the presence of the North Atlantic Alliance on its territory.