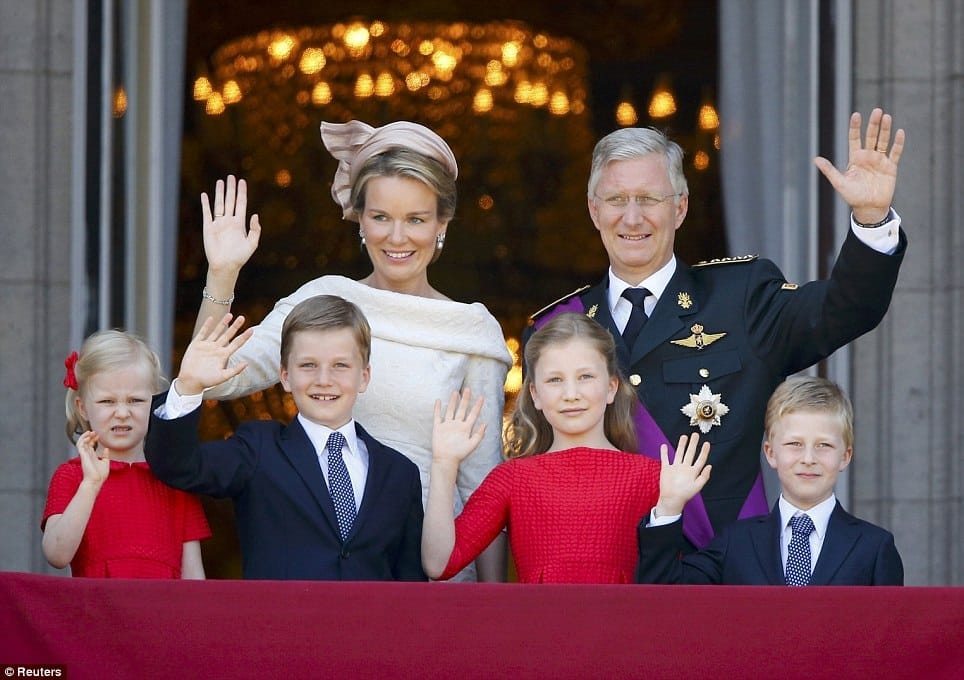 The Belgian Royal family is not so widely represented in the press like the British one. There are many interesting facts about the life of the Queen and the King of Belgium. It is time to enrich our knowledge about the Belgian royals with the following five facts.

2. In Belgium, there is a tradition that the King or Queen becomes the godparent whenever a seventh child is born to a family. The happy big family can then request the King (when it’s a boy) or Queen (when it’s a girl) to become their godparent. This is not a typical situation, but so far, Queen Mathilde has become the godmother of two girls, while King Philippe is the godfather of two boys. The modern Belgians doesn’t incline to have really big families.

3. The children of King Philippe and Queen Mathilde use the last name of “van België” or “de Belgique” (of Belgium). Even though the Royal family is part of the Saxe-Coburg-Gotha dynasty, they use another last name. Princess Elisabeth, for example, uses the name Elisabeth van België when she has to write her name in school.

4. King Philippe and Queen Mathilde do not use to have a full-time nanny, the Belgian royals prefer to call the nanny only if they are both not at home. King drops his children off at school every morning before heading to work at the Royal Palace of Brussels.

5. Prince Laurent’s grandest wish is to talk with all animals, according to the royal, knowing the thoughts of animals would be an intellectual enrichment.