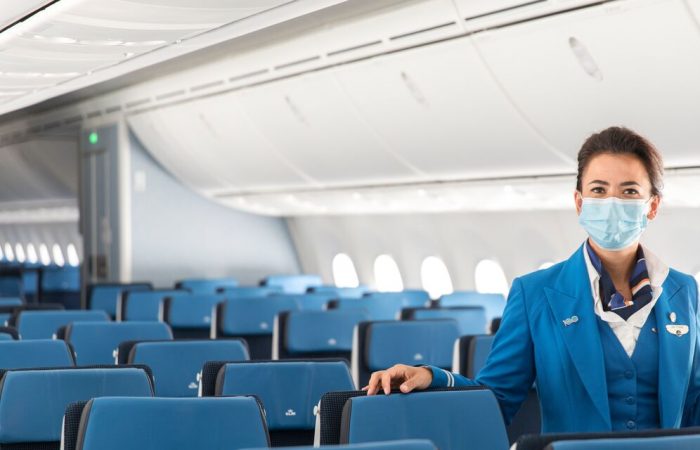 The Dutch branch of KLM concern has reached a deal with its flight staff, excluding pilots, over cost cuts needed in return for state aid, trade union FNV announced on Thursday.

The union had agreed to temporary wage cuts and better severance payments for people who lose their jobs in the upcoming reorganisation of the airline, Reuters quotes the Dutch Airline Pilots Association (DAPA, VNV).

As of October 1st, the agreement came just in time because the Dutch government for KLM has set the sharp deadline for taking a decision. The deal to come up with a restructuring plan, in return for the 3.4 billion euros in bailout loans and guarantees it provided to help the company survive the COVID-19 crisis.

According to the rolled out plan, in return for the government’s support, KLM has to cut costs by about 15% and reduce emissions by 50% by 2030. However, the company still has to reach an agreement with pilot union DAPA over their wage cuts.

In mid-summer when all and every airline of the planet haven’t any idea what they supposed to do, the KLM said it would cut another 1,500 jobs. That unpopular but forced move should reach for a 20% reduction in staff from pre-pandemic levels, while a pay hike agreed for 2020 was frozen.

One week ago, KLM said that the planned upscaling of its European network this month had been “put on hold” largely as a result of the UK’s quarantine restrictions.

While it will begin daily flights to Poznan in Poland on 25 October, KLM has postponed the addition of Saudi Arabia’s capital Riyadh to its network from 26 September to 7 December.

”KLM was gradually and responsibly expanding its European and intercontinental network, after the corona crisis had prompted severe restrictions on destinations and frequencies,” says the airline.

Amid the corona crisis, the airline’s primary aim is to offer customers the widest range of destinations, after which KLM will consider increasing the number of frequencies or expanding capacity by deploying larger aircraft.