Flights have been suspended at Berlin Airport due to environmental activists. 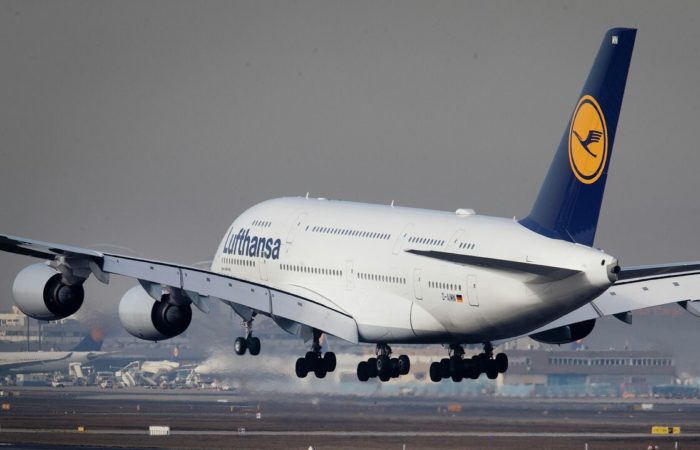 All flights have been suspended following the infiltration of environmental activists onto the taxiway of Berlin Airport (BER), news portal rbb 24 reported on Thursday.

Around 4 p.m. local time, activists from the Letzte Generation movement posted a video stream on Twitter. The footage shows how the activists enter the airport, biting the wire fence with wire cutters. Next, the protesters glue themselves with their palms to the taxiway – part of the airfield of the airfield, along which the plane taxis to the runway.

“Climate activists have blocked the path at the BER airport. While some have glued themselves to the floor, others are circling the site on bicycles. Air traffic at BER has been suspended,” the airport spokesman said.

This is confirmed by Flightradar data, according to which several aircraft approaching the airport changed course.

“Flights scheduled to depart between 4:40 pm and 4:50 pm for Cologne, Bonn and Stuttgart were delayed by approximately 30 minutes. Five flights that were scheduled to arrive at BER around 4:45 pm were also flagged as delayed on the information board. airport system,” the report says.

⠀
Earlier, activists of the movement, shortly before the start of the concert at the Elbe Philharmonic in Hamburg, Germany, took the stage and glued themselves to the conductor’s stand. Climate change activists have recently become more active in Europe, and earlier a number of actions were held in museums. In October, two girls from the British environmental movement Just Stop Oil poured tomato soup on Van Gogh’s “Sunflowers” at the National Gallery in London. Later, two activists from the German community “The Last Generation” threw mashed potatoes on the painting “Hacks” by Claude Monet in the Barberini Museum in Potsdam. In Spain’s Prado Museum, eco-activists have glued themselves to the frames of Goya’s paintings.