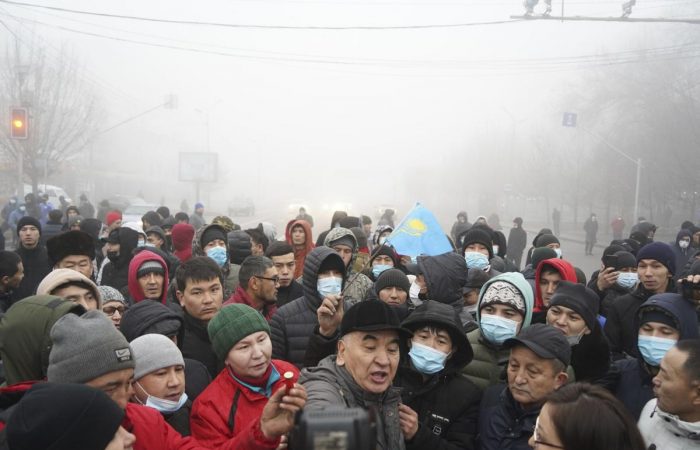 Foreign troops from the Collective Peacekeeping Force of the Collective Security Treaty Organization (CSTO) will be stationed in Kazakhstan at the request of the country’s president, Novaya Gazeta has learned.

The peacekeepers from Russia and Belarus will enter Kazakhstan in an unprecedented move. Last night between the Kazakh President Kassym-Jomart Tokayev had a phone conversation with his Russian and Belarus counterparts.

The CSTO includes Russia, Belarus, Kazakhstan, Kyrgyzstan, Tajikistan and Armenia. It is not reported how many peacekeepers there are, where and for what period of time these units will be located.  According to official data, the contingents of the organization prepared for this purpose include about 3600 people who are constantly ready for such missions alone.

The decision on the mission in Kazakhstan was announced by Armenian PM Nikol Pashinyan, who is currently chairman of the CSTO Council.

Last night, Tokayev officially turned to the heads of state of the five countries for help with allegations of well-trained terrorist gangs taking over major sites in Kazakhstan. The president did not provide evidence for his allegations but asked the support from the CSTO in accordance with Article 4.

Article 4 of the treaty states that if one of the parties is subjected to aggression (armed attack that threatens security, stability, territorial integrity and sovereignty), it will be considered by the others as aggression against all states under the treaty. At the request of the Party concerned, the latter shall immediately provide assistance, including military assistance, as well as support with the means at its disposal, in the exercise of its rights of collective defence in accordance with Article 51 of the UN Charter.