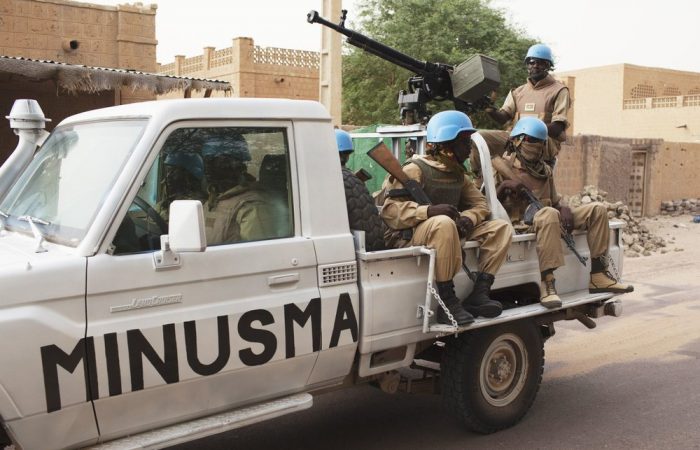 Four United Nations peacekeepers from the Multidimensional Integrated Stabilization Mission in Mali (MINUSMA) have been killed on Friday. The terrorist attack took place on the UN base in northern Mali.

The MINUSMA said the peacekeepers “bravely pushed back a complex attack carried out by several heavily-armed terrorists”. After a preliminary investigation, the officials said an unspecified number of others were also wounded. The terrorists had suffered heavy losses and had abandoned “several of their dead.”

Despite the official version, the local sources insist that the “very large magnitude” dawn raid had been carried out by some 100 attackers on motorbikes and in vehicles. On Friday terror attack, about 20 assailants had been killed reportedly.

The Sahel region, including Mali, remains the most fragile zone in Africa. Keeping peace and stability over there becomes more and more problematic for the UN and international troops. The recent attack took to 10 the number of MINUSMA troops who lost their lives this year, Al Jazeera says.

Separately on Friday morning, at least two Malian soldiers were killed and some 10 others wounded in an attack blamed on Takfiri terrorists in Diafarabe, Mali’s army said in a statement.