France to support ‘new Sudan’ with 60 mln euros in aid 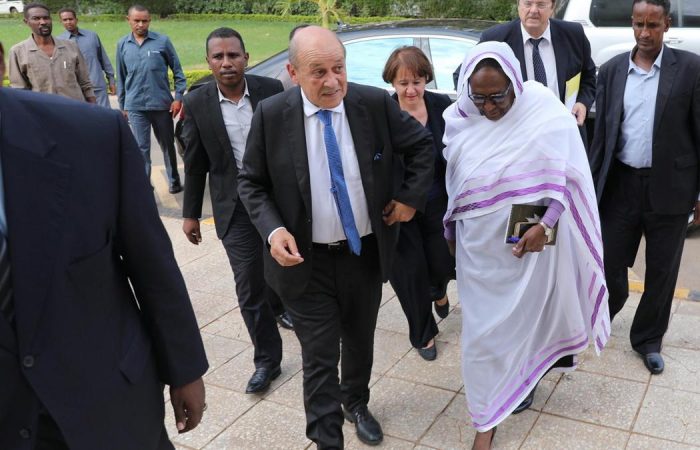 Minister Le Drian has offered to help the African country, designated by the US as a state sponsor of terrorism, to restore relations with international sponsors and tackle foreign debt.

The top French diplomat also promised France would also lobby with EU member for Sudan to be removed from the US list of countries it labels state sponsors of terrorism.

«We have decided to commit €60m, including €15m very quickly, to help Sudan’s transformation and peaceful revolution,» Le Drian promised.

During the briefing with media, the French foreign minister urged to take into account that it is «a new Sudan, a Sudan which is at a key moment in its history». No need to say that France is at the side of this new Sudan.

Mr Le Drian paid tribute to peaceful protests that led to the removal from power of ex-leader Omar Al Bashir. the country faced social explosion but now, with the help of France and the European countries, the African state will start a new page in its history.

Ms Asmaa Abdallah, the Sudanese counterpart of Le Drian, was named in a government sworn in last week after a power-sharing deal was agreed between the military and civilian groups.

France is always ready to support democratic processes in Sudan

Talks on Monday focused on the new Sudanese government’s priorities, Mr Le Drian said, including the top priority of fixing an economic crisis that triggered the protests that led to Mr Al Bashir’s overthrow.

«We would also like to accompany Sudan in its path to full reintegration in the concert of nations, and in the rapid conclusion of a peace agreement with all rebel movements.»

«The commitments made, the way the army has understood its role during this period – all that points in the direction of Sudan’s exit from this list,» Le Drian said.

Now, with a new government in the federal parliamentary republic, France will help to normalise relations with these international financial institutions and advance in the process that will allow it to obtain treatment for its foreign debt.