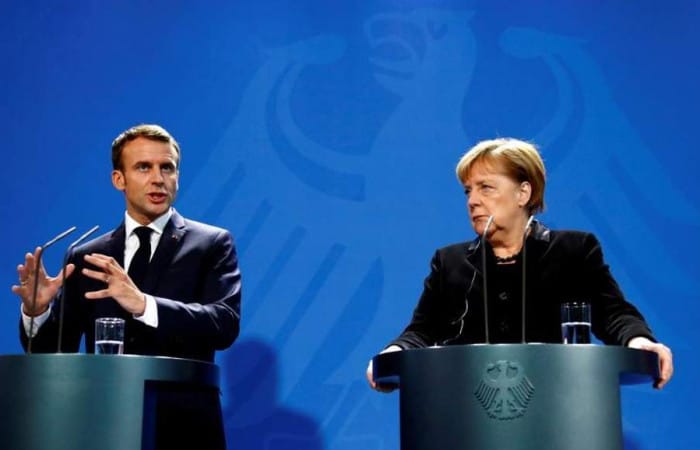 President Macron visited Berlin where he told that Europe should be united to prevent the global chaos, especially under current circumstances when Russia is getting stronger, BBC reported.

Emmanuel Macron’s speech to Germany’s parliament urged the EU to do its best not to”become a plaything of great powers”. The French leader said his country wants a more integrated EU, with a joint eurozone budget as well. Saying that Europe’s power lies in its unity, Mr Macron said that there are too many powers that wish to thwart Europe, that interfere in the public debates, attack European liberal democracies and even are trying to pit EU states against each other. “And in this global order, which we have to take very seriously, our strength – our true strength – lies in unity,” Macron added.

The French and German leaders met for talks after Mr Macron’s speech and were set to discuss migration, defence co-operation and tax structures for digital companies. So far, France and Germany are expected to unveil plans for a limited joint eurozone budget on Monday. The German Chancellor acknowledged that the French president made clear with an impressive speech how important the German-Franco friendship and co-operation is. Such a strong and confident relation definitely plays an important role in the modern European context.

“You said we are at a crossroads… and this is exactly what I perceive. Those of us born after the war are responsible for the lessons that we learned,”

Last week, Ms Merkel has offered theoretical long-term support for Macron’s idea of the real European army. Next month, German and French leaders scheduled to meet at the sidelines of the European summit to rubber stamp limited proposals to strengthen the euro currency with a series of measures.