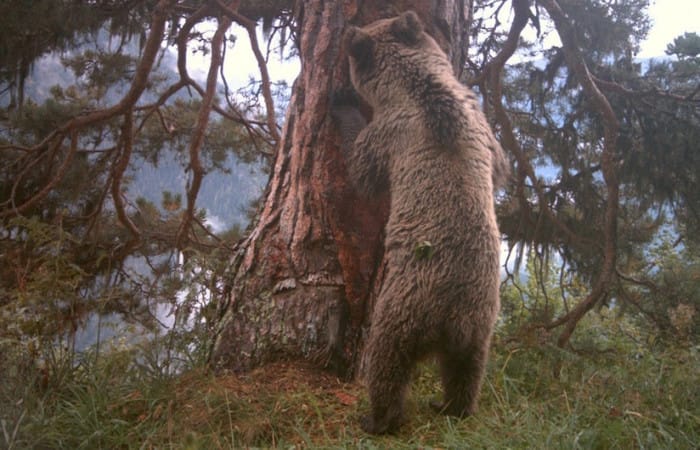 The latest move of the French authorities made angry Pyrenees farmers who have long complained about the predators killing sheep and other livestock, France-Soir reported. On Thursday, dozens of farmers stormed out of a meeting against the government’s decision to release soon more bears to the local mountains.

Pyrenees lawmakers have supported the local farmers in their protest against France’s new environment minister after he confirmed that Pyrenees-Atlantique region will get soon more bears. Some 40 brown bears currently roam the range between France and Spain after France began importing them from Slovenia in 1996 after the native population had been hunted to near-extinction.

The former environment minister Nicolas Hulot has planned to add two more females bears to Pyrenees region last March. He announced that as part of a 10-year “Bear Plan” to increase their numbers to some 50 sexually mature bears. However, critics of President Emmanuel Macron accused his government of insufficient action on green issues and feared that Hulot’s successor might roll back the plan.

But Francois de Rugy, after meeting with around 60 farmers and lawmakers in the southwestern city of Pau, told journalists the bears would be released “by early October”.  The news prompted most of the participants at the meeting to walk out shortly after it started.

“What good is talking if the decision has already been made? We left,”

said Etienne Serna, the mayor of Aramits who acts as spokesman for an anti-bear association.

Meanwhile, around 200 shepherds and farmers who had refused to meet with Rugy held a protest in Asasp-Arros, a neighbouring village at the foot of the Pyrenees. The local anti-bear froup is using all possible means, being refused the re-introduction of bears on their lands.

Police appeared to take the threat seriously, setting up roadblocks to the village and searching vehicles. Environmental activists say the bears are necessary for ensuring the region’s biodiversity, and point to recent elections of pro-bear mayors in several towns, despite the loss of hundreds of sheep and other livestock each year.

The government compensates farmers for any livestock deaths from bear attacks.