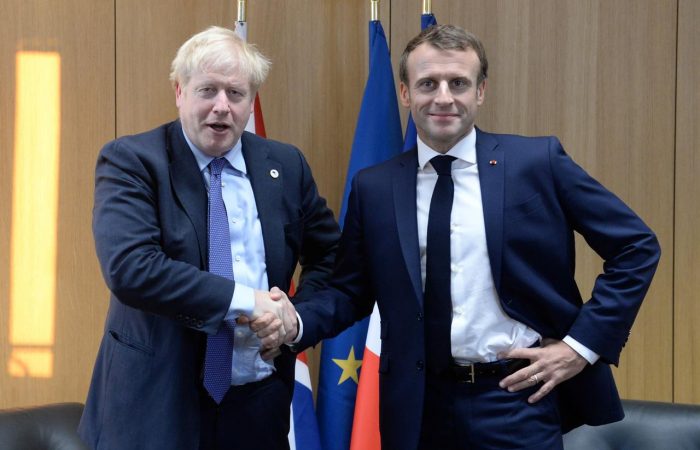 The French leader Emmanuel Macron visits London on Thursday. It is first trip outside France since a lockdown to control the coronavirus, according to Reuters.

The French President will be hosted by Prince Charles, the two-nations delegation will mark de Gaulle’s June 18, 1940 “Appel” from BBC headquarters in London for resistance to the Nazi occupation of France during World War Two.

According to agenda, Macron and Johnson are going to discuss the latest development in health systems, the response to the pandemic, including Britain’s quarantine of travellers from abroad. Surely, Brexit remains the central topic for both European leaders.

The United Kingdom, which left the EU on Jan. 31, and the European Union say a deal is achievable by the end of the year when a status-quo transition arrangement ends, but talks have been difficult and the prospect of a no-deal outcome remains.

Britain says the EU must break a fundamental impasse to clinch a deal in the next few months.

“We’ve agreed on both sides to energise and intensify the talks, we don’t want to hang around, we’re not going to wait for this to be dragged out into the autumn and the winter,” the UK Foreign Secretary Dominic Raab told journalists.

According to the British top diplomat, Macron’s visit showed that despite some difficulties in centuries of Franco-British relations, the two neighbours stood beside each other in times of need.

“It shows that with France, when we’ve had sometimes a difficult relationship at points in our history, that actually when it really counts we stand shoulder to shoulder together”, Raab said.

As Raab noted, there is a huge range of issues, Brexit, COVID, and Downing Street is cooperating very closely with the Paris on Iran, the Middle East and on Hong Kong. Moreover, it’s a really important relationship and kingdom proud Macron’s coming to London to bestow that honour on capital and on the British people.