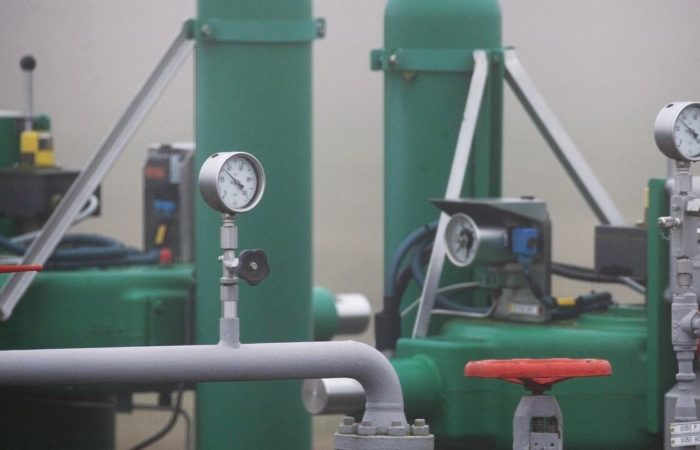 The cost of gas futures for delivery in January at the auction on Thursday for the first time since October 13 exceeded $ 1,700 per thousand cubic meters, in the last minutes the quotes are at the level of $ 1,660, growing by 6%, according to the London ICE exchange.

The price on the spot market also rose and the value of the contract for the delivery of “the day ahead” – December 1 – increased to almost $1,500 (+4.7%), according to the data of the EEX exchange. Gas quotes are growing against the backdrop of a decrease in electricity generation from wind and a cold snap in Europe.

Wind generation in the region on Wednesday dropped to a five-month low of 6.3% of the total, according to data from the European Wind Energy Association WindEurope. The average in November was 18.9%, and on some days of the month, wind turbines provided about a quarter of the European energy mix. On average, during the year, wind meets 15% of Europe’s electricity needs.

⠀
At the same time, colds come to Europe. According to woeurope.eu, temperatures on Thursday and Friday could drop below zero degrees in Minsk and Warsaw, to zero degrees in Kyiv and Chisinau, and just above zero in Vienna, Bern and Belgrade. A cold snap these days is also predicted in Berlin, Paris, Vienna.

Gas prices in the region rose significantly in the spring of 2021, when the spot price on the TTF hub index fluctuated in the range of $250-$300 per thousand cubic meters. At the end of the summer, the figure exceeded $600, and in the fall it was already $1,000. The sharp rise in prices continued into 2022. In early March, due to fears of a ban on imports of Russian energy resources, gas contracts for delivery next month reached a record high of $3,892 per thousand cubic meters.

⠀
Then the prices fell and in April-May they were stable at $1,000-1,100, but in June they started to rise again. In August, the average price of gas futures reached $2,450 per thousand cubic meters, while the spot price for the first time exceeded $3,200. Despite the decline at the end of November to the level of 1200-1400 dollars, gas quotes are several times higher than the average for a long history of observations. Such a steady rise in prices has not been seen in the entire history of the operation of gas hubs in Europe – since 1996.