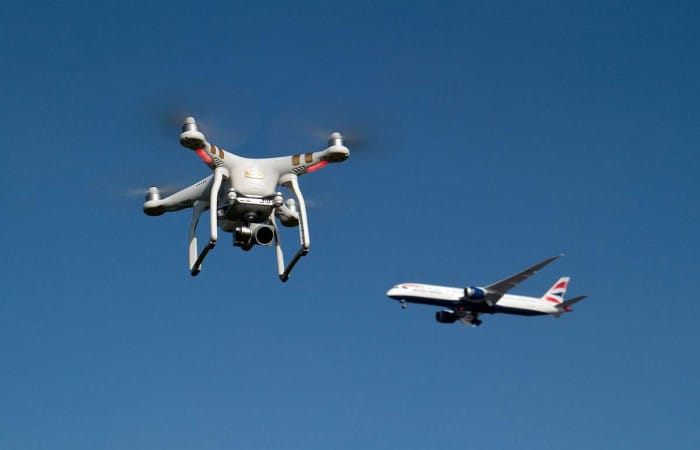 Anti-drone technology is a must for the biggest airports of the United Kingdom. Both Gatwick and Heathrow airports announced their intention to launch the anti-drone system in response to the disruption caused by the unmanned aerial vehicles (UAV). The Israeli company will be the provider of useful technologies, it was confirmed on Thursday.

Drones, or unmanned flying machines, become the real problem for the airports. Both Gatwick and Heathrow are investing millions in equipment to prevent future flight disruption like the recent pre-Christmas incidents. Between December 19 and 21, drone sightings caused mass disruption to passengers, with about 1,000 flights postponed.

According to Gatwick spokesperson, the travel chaos should be prevented, that is why the airport had spent several million pounds on new defences after flights were grounded at the airport last month. The British Army were brought in to help deal with the pre-Christmas schedule chaos and were not stood down until Wednesday.

Israeli firm will help Gatwick with an anti-drone solution

The Israeli company Rafael is ready to offer its working anti-drone solution, the Drone Dome system is believed to be among the technology used at the airport by the Army.

The anti-drone equipment aimed at the detection, jamming communications between a drone and its operator and was deployed on a roof at Gatwick. Such forcible measures will prevent travel chaos in the airports, suggests the Israeli firm.

The system, which is said to have a range of several miles, uses four radars to give 360-degree detection in order to identify and track targets. “Working closely with relevant authorities including the Met Police, we are constantly looking at the best technologies that help remove the threat of drones,” Gatwick spokesperson said.