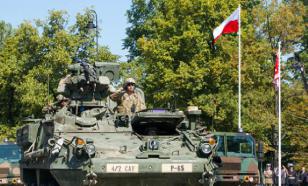 In the near future, the first batch of American Abrams M1A2 SEPv3 tanks will enter the Polish army. Warsaw also plans to purchase South Korean K2s and German Leopards.

Major General Maciej Jablonski said that now Polish soldiers are being trained in the operation of American armored vehicles. He noted that it is planned to create two independent mechanized brigades that will solve different tactical tasks. Abrams tanks will be assigned to the 18th division to withstand heavy attacks from the enemy, and South Korean K2s will go into service with the 16th mechanized division for rapid response. The Polish general admitted that now every tank battalion is worth its weight in gold.

Jablonski stressed that Russia achieves its goals by resorting to “aggressive behavior“, so Poland needs to increase its military capabilities.

“I say this in the context of supporting Ukraine, which uses our military equipment, which, in my opinion, is expedient and necessary to reduce the danger for Poland,” he said.