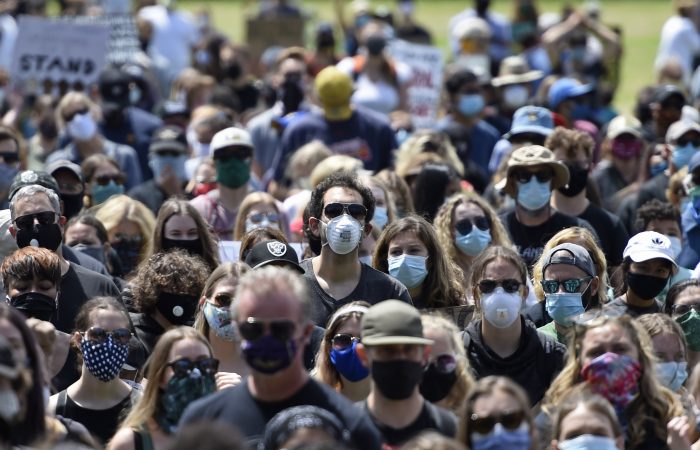 The canton of Geneva approved a new set of rules for all shoppers. In its efforts to curb the spreading of the virus, canton made face masks wearing mandatory in all shops. In addition, shoppers will also be forced to disinfect their hands with a hydro-alcoholic solution before entering the store.

Switzerland’s government hail some restrictive measure aimed at fighting COVID-19. The Geneva canton will take steps to battle a resurgence of coronavirus by making the wearing of face masks compulsory in all shops.

Geneva is following in the footsteps of the cantons of Vaud and the Jura, which have already introduced a similar rule.

The measure will come into place on Tuesday, Geneva authorities announced this week, following the health officials’ recommendations. They said the situation was worsening and stricter measures needed to be taken.

Authorities in Geneva also announced that wearing masks will be compulsory for all those who work in beauty and therapy industry, including hairdressers.

The rise in cases in the area has been blamed on a general slacking off of members of the public with regards to social distancing and hygiene rules as well as young people returning to bars and holding private parties.

From Friday night bars and discos were obliged to collect the identity and a reliable means of contact for each client.

Venues that don’t comply risk steep fines, The Local Switzerland reports. Meantime, the staff at pubs and restaurants must also be masked. These preventive measures will remain in place until at least October.

Kazakhstan to manufacture the face masks