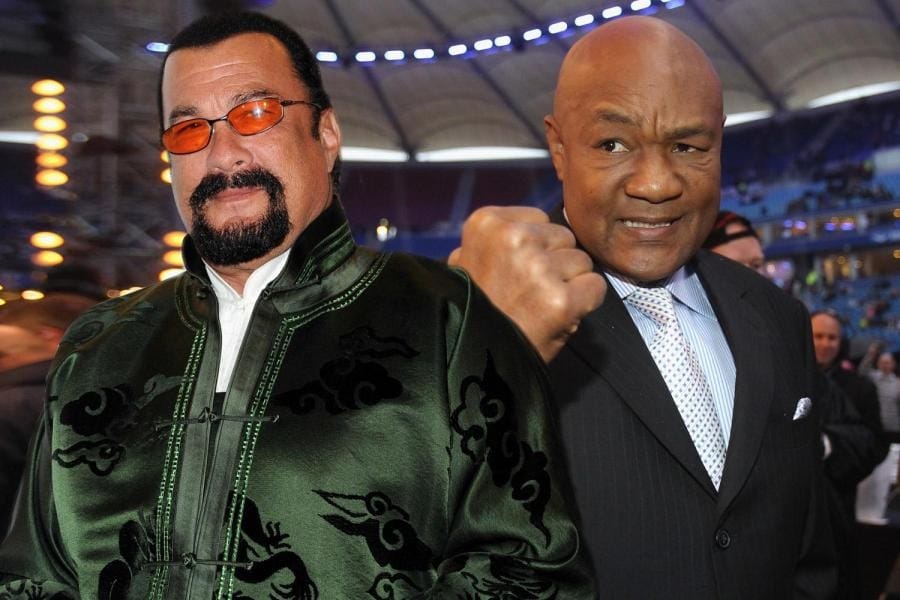 George Foreman and Steven Seagal may be the rivals in the most bizarre match-up in history. At least, Foreman challenged the aikido master this week.

Twitter is buzzing after the post of George Foreman, this 68-year-old boxing legend has sent a come and fight me plea to the 65-year-old Steven Seagal. Another intrigue has started.

Mr Foreman is the ex-champion, he won two times world heavyweight belt, even in his age he is able to knock out anyone. George challenged Seagal, three-years his junior, to a one on one fight in Las Vegas.

Many his followers don’t understand Foreman’s motive, probably, it is another pr move, every celebrity needs it time to time, even the old school boxer. Whatever it be, the fight Foreman-Seagal as a spectacle would be off the scale. Forget Mayweather-McGregor meagre show, that would be something else.

“Steven Seagal, I challenge you one on one, I use boxing you can use whatever. 10 rounds in Vegas.”

Foreman is really ready to fight with Seagal

The legend George Foreman clarified there would be ‘no weapons’ and only ‘hand to hand’ combat. This fighter who at the age of 45 became boxing’s oldest ever world heavyweight champion, finally retired from the ring in 1997 after his defeat to Shannon Briggs.

In fact, Mr Foreman would go on to promote the George Foreman Grill, which is believed to have seen him earn $138million in 1999 from manufacturers Salton.

Whether this comeback of sorts will actually happen remains to be seen, but it would not be the first time a boxing great fought in an open-rules fight.